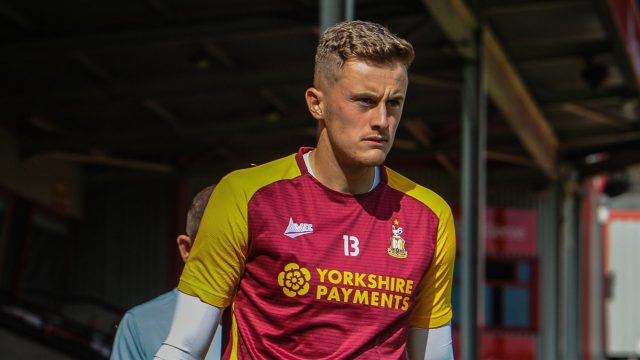 After completing a loan move from Bradford City, Sam Hornby answers a few questions on his career so far, and what fans can expect.

Q: Welcome to the club Sam. Can you tell us a bit about how your journey in football has gone so far?

A: I started at Burton Albion, but had loans with Brackley Town and Kidderminster Harriers – and was part of that memorable 2-2 draw at Mill Farm.

After that I got a move to Port Vale, was there for a couple of years, had a loan after that with Chester after an injury, before deciding a new challenge was needed – which is when I signed for Bradford.

Q: You’re chances have been a bit limited at Bradford, so are you excited are you by the prospect of regular football?

A: Definitely. It’s been a credit to the keeper at Bradford for how well he’s done that I couldn’t get in, as he’s been top draw.

I want to play football, I’ve made that clear, and hopefully here I can do that.

Q: For someone that might not have seen you play, how would you describe yourself as a keeper?

I’m comfortable with distribution and of course like to make saves, and help the team out as much as possible.

Q: Did you know any of the lads coming into the squad?

A: Yeah I knew a few of them from my Kiddy days, including Ryan Croasdale and Elton Ngwatala quite well.

I just got off the phone to Jordan Tunnicliffe too after talking about Fylde too, so there’s a few links here! 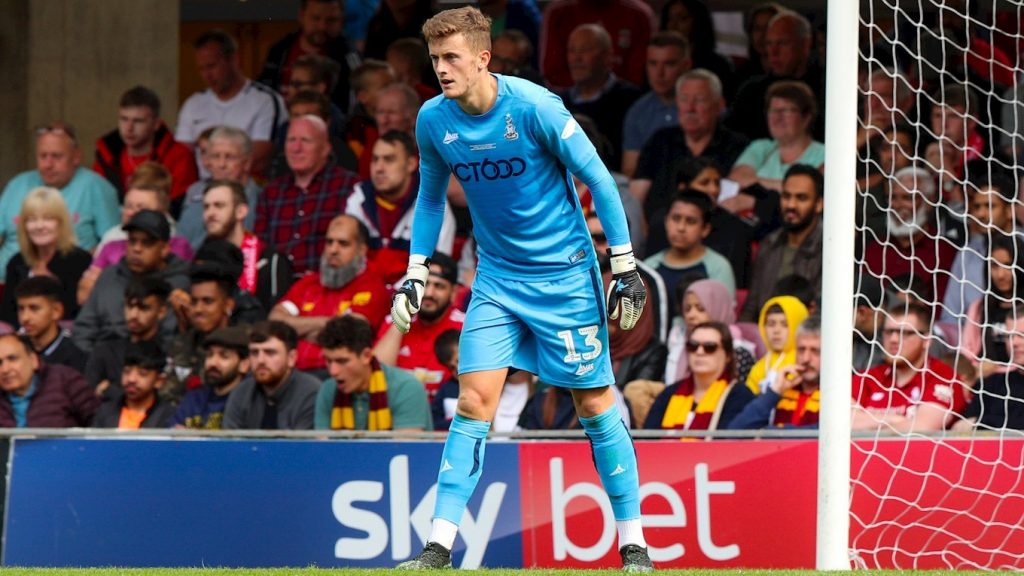 Q: You played at this level before with Chester – how did you find it?

I think it’s a very good league. A lot of people think highly of it, and I know that for a fact as I’ve spoken to a lot of people about it.

It challenges you in every way, which is brilliant; it’s a good level of football.

Q: The Coasters have conceded the most goals in the league so far this season – is this something you spoke to the manager about?

A: It’s unfortunate the club has had its defensive problems this season, but it’s not down to just goalkeepers.

It’s not a nice stat to have, but it’s not always that detrimental initially – you could win 2-1 every single game and win the league, so it’s not one I spoke directly with the manager about.

It’s something that’s looming over the club at the moment, and we all want to work hard to change that.

Q: Finally, are you looking forward to the Chesterfield game tomorrow?

A: Yes absolutely, it’s against a good team, one that were relegated from the Football League couple of years ago, and one that I’ve played against a couple of times.

It’ll be a good challenge and one that I’m really looking forward to.

Read the full news story on the loan signing of Sam Hornby here.