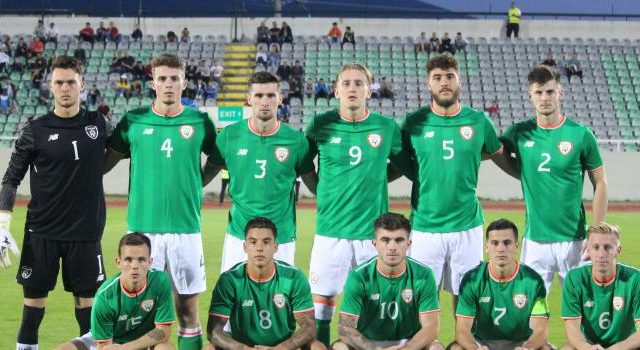 Danny Kane was in action on Friday 7th September as the Republic of Ireland Under-21s were held to a draw 1-1 in Mitrovica against Kosovo. The defender started the game before being replaced after 75 minutes.

The Green Army were back in action last night as they lost 6-0 to Germany at the Tallaght Stadium, Dublin, the home of Shamrock Rovers. Unfortunately, Kane was absent from the squad as he picked up a bug prior to kick-off. The result leaves the Republic of Ireland 3rd in their UEFA U21 Championship group as they look to qualify for the tournament which takes place in Italy and San Marino next year.

Meanwhile, Coasters defender Zaine Francis-Angol lined up alongside Ebbsfleet’s Myles Weston and Gillingham’s Josh Parker as he chalked up his 19th cap for Antigua and Barbuda. Unfortunately, they were on the wrong end of a 3-0 defeat away to St Lucia in a CONCACAF Nations League Qualification match.

Francis-Angol has now returned to the Fylde Coast ahead of the Coasters game against Aldershot on Saturday 15th September.