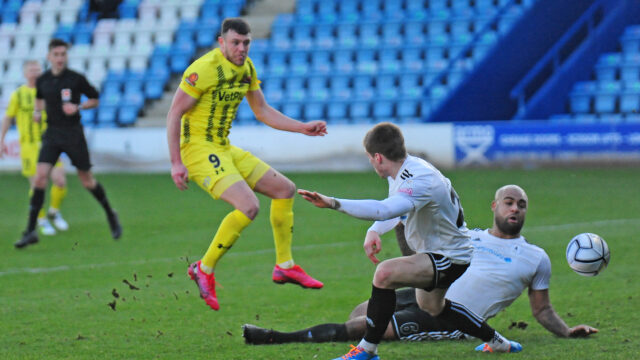 Hulme heads out on loan

Hulme will link up with his new teammates ahead of The Robins’ home clash against Warrington Town on Saturday.

Manager Jim Bentley said: “Jordan was unfortunate that he missed the first six games of the season and because of that he needs games to get back up to speed. In that 28-day period, we have juast three games while he could go and get six or seven at another club, which will stand him in good stead when he comes back and in a better place to affect our first team.

“We like Jordan, he always trains well, but it’s important he gets games to recapture his form.”

Everybody would like to wish Jordan all the very best during his time at Ashton United.