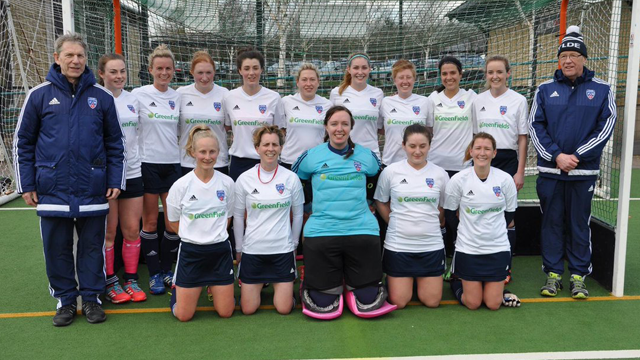 The Ladies 1st XI started the weekend four points clear of second-placed Leeds and faced fourth-placed Doncaster at UCLan. The girls took the lead after 11 minutes with a well-struck penalty corner by Rachel Greenwood. The advantage was doubled after 17 minutes when Sophia Crawshay dribbled past the keeper after a great aerial pass from Mollie Mason played her in. A third goal arrived on the stroke of half-time – another well-struck penalty from Greenwood.

The second half was a closely run affair and Doncaster pulled a goal back after 46 minutes but Fylde held on for a comfortable 3-1 victory.

The quest for a return to National League hockey was given an added boost when Leeds were beaten 1-0 by Whitley Bay & Tynemouth meaning the Fylde girls ended the weekend six points clear – boasting the best goal difference – with just two games to play.

A last-gasp strike for the Men’s 1st XI, who play in a lower equivalent league to the Ladies 1st XI, saw them crowned Divisional Champions. The side travelled to Southport Men’s and after a close game, a goal in the dying seconds clinched a 4-3 victory and league glory.