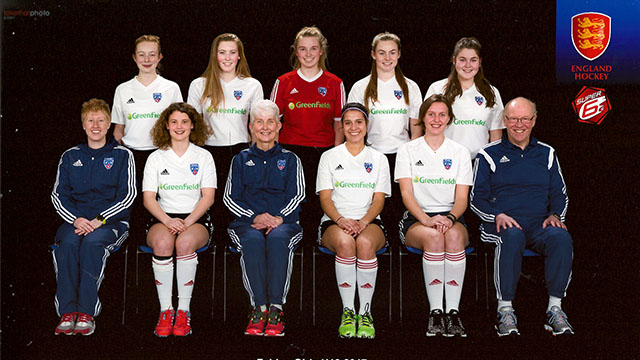 Hockey girls mix it with the best

The Fylde Girls Under-18 Hockey Squad competed in the National Indoor Finals weekend for the first time and certainly did themselves proud.

Having qualified as the North champions in December, the team, led by England U16 star Rachel Greenwood, faced four teams from other regions in the country.

The opening game against Stourport from the Midlands ended in a 3-3 draw with goals from Chris Dunn and Maddie Scullion (2).

Next up was Taunton Vale from the West and once again the team secured a draw with strikes from Scullion and Rachel Greenwood.

The following day, the squad faced South sides Canterbury and Surbiton – both previous winners of the competition. The Canterbury game saw Fylde put in their best performance of the weekend as they earned a 1-1 draw. Mason grabbed her first goal of the tournament with a well executed drag flick at a short corner, but the star of the show was undoubtedly goalkeeper Freya Bennett who pulled off a string of top saves.

The final game against Surbiton was a game of two halves with the Fylde girls holding their own in the first half, but the eventual National Champions showed their quality after the break and won 5-0.

Thank you to the parents and Fran and Bernie for their support to the girls over the weekend.

The focus now turns to the outdoor game with Fylde first team ladies taking on Leeds in a top of the table clash as they endeavour to return to EHL Conference North.