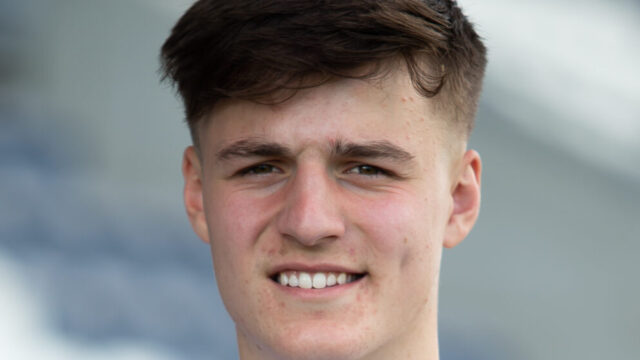 He’s One Of Our Own: Jack Byrne puts pen to paper

AFC Fylde are delighted to announce that academy graduate, Jack Byrne, has penned his first professional contract with the football club, securing a one-year deal.

Jack – a tall, athletic central defender – has progressed through the club’s academy system, and caught Jim Bentley’s eye with his consistent performances for the U18’s last season.  Byrne played an integral role in the Under 18’s 2019/20 Lancashire County Cup triumph, in which he formed a solid defensive partnership alongside fellow youngster James Stanley.

Earlier this year Jack featured heavily in the U19’s National League campaign, helping the team go on an unbeaten run that still stands today. The 19-year-old, who made the switch from Blackpool at the age of 15, will now be hoping to put pressure on experienced centre-back duo, Nathan Pond and Alex Whitmore, this season.

Conrad Prendergast, AFC Fylde’s Youth Team manager, told afcfylde.co.uk: “I am made up for Jack. He’s worked tirelessly to improve his game over the last couple of years, and his performances with us were always top notch.

“He has set the bar now for all of my players, along with James [Stanley], Sheldon [Green] and Serhat Tasdemir who we sold to Peterborough last year. We are trying to build a pathway to the first team here, and hopefully we can continue to see more lads like Jack earn professional contracts.”

Jim Bentley also spoke positively of Jack’s potential. He said: “He’s keen and willing to learn, and that’s really important to me.

He’s a local boy so knows what this football club is all about and what we are trying to do. If you look at him, you can see that he has a really good physique for his age, so I am looking forward to working with him and seeing how he develops.”