Haughton: “We Can’t Slack Off Now”

NICK HAUGHTON believes Fylde’s win at Solihull Moors on Saturday sent a clear message to the rest of the promotion-chasing pack in the Vanarama National League.

“I think we’ve got a right chance, and our team’s good enough to be right up there, so I don’t see why we can’t be aiming for the top,” said Haughton.

“We’ve had a great week – beating Wrexham at home and then going to Solihull and winning, which is one of the toughest places to go this year with the way that they play.”

The win against a team that started the day as joint-league leaders has been one to inspire confidence in both fans and players alike, with the Coasters now only four points off of the top.

Recent introduction Tom Crawford made his debut from the bench at Solihull, whilst recent signings Timi Odusina and Dan Bradley made their second successive starts.

“Everyone’s buzzing in the squad at the moment, especially with the win, and I think the lads that have come in have all been great.”

“I think Timi was great against Wrexham, and obviously Tom [Crawford] will get more minutes soon, so they’re great additions to the squad.”

It was the Vanarama National League’s leading goalscorer Danny Rowe who decided the game ultimately, with his 20th and 21st goals of the season ensuring a 2-1 away win.

“You know with Danny Rowe he can hit it left or right foot, and crucially, when he does, it usually ends up on target or in the back of the net,” said Haughton. 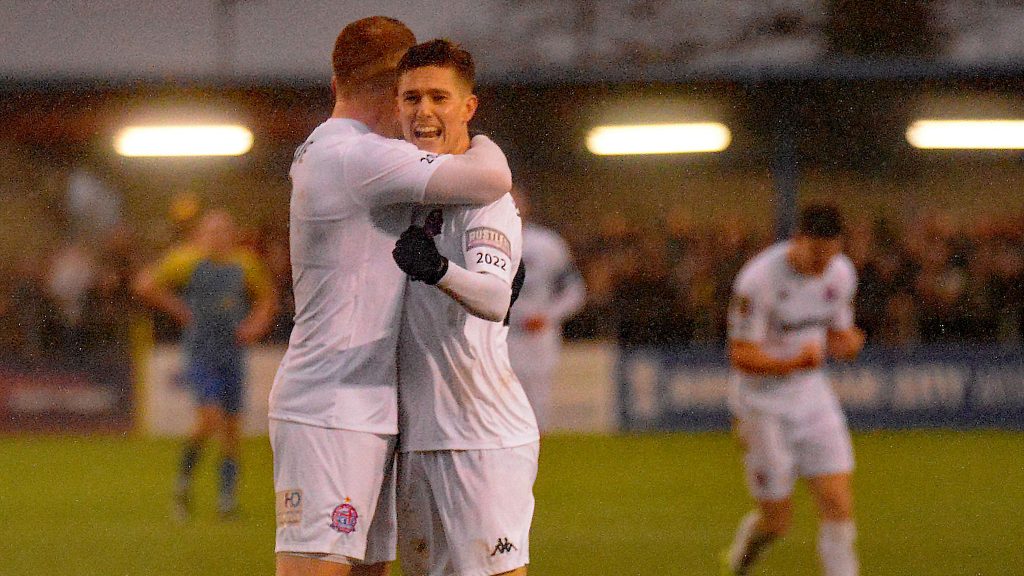 “You can always rely on him, and it’s good to be playing alongside him as he’s a great player.”

Next for the Coasters is a change of attention from the league to The Buildbase FA Trophy – where a win at Ramsbottom United on Saturday would take both Haughton and Fylde to uncharted territory.

“I’ve not played at Wembley – and can’t really remember getting anywhere near the quarters!”, Haughton recalls.

“Obviously this is a great chance to be playing at Wembley – but that starts with having to beat Ramsbottom first.”

“I think the lads have picked up some good wins in this competition, and it could be a great confidence booster going into the league, knowing we could be playing at Wembley.”

The Coasters follow their trip to Ramsbottom United with a visit to Maidstone United on 9th Feb, before hosting Havant & Waterlooville on the 12th Feb, and Chesterfield on the 16th Feb at Mill Farm.

“I think the next three league games are really important going off of the back of our last two results, we have to keep performing well.”

“We can’t afford to slack off,” he concludes. “You don’t win leagues that way!”

Coasters fans can book their travel for this Saturday’s trip to Ramsbottom United now for just £10, as they look to make FA Trophy history by making the Fourth Round for the first time ever.