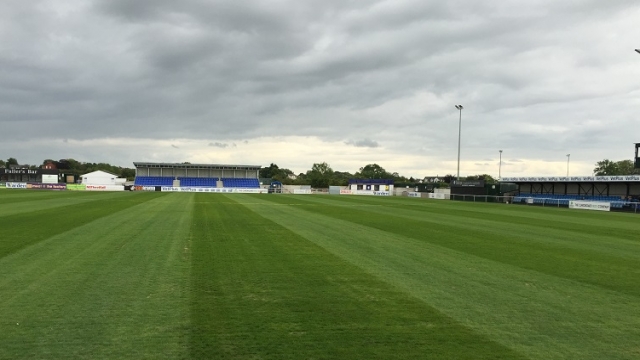 Groundsman gets ready for new season

At the end of the football season it’s time to relax, take a holiday, get the new fixtures and wait for the season to begin.

But that’s not the case for AFC Fylde’s head groundsman Daniel Bunce – who on August 12th will be at St George’s Park following a nomination for the National League Groundsman Of The Year.

This is the busiest time of year for a man who has worked tirelessly this pre-season, in weather conditions that aren’t ideal to get the pitch ready for the coming campaign. 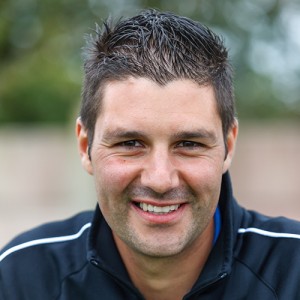 “It’s been a busy time since May when we removed 12mm of organic build-up from the surface of the pitch to clear out all the thatch by a process called koreroing,” said Bunce.

“We then verti-drained and lightly cultivated the top surface before seeding with Johnson’s Premier and covering with 60 tonnes of sand. However, from day one we had problems. The 60 tonnes of sand on the pitch probably ended up around about 30 tonnes by the Wednesday as the wind was very strong so just blew it away along with seed.

“So three weeks down the line we needed it ‘over seeding’ again, and this along with the very low temperatures has probably put us about two weeks behind!”

This isn’t a problem just at AFC Fylde as other clubs around the county are all in the same boat.

Bunce added: “I have spoken with groundsmen from the Premier League and Football League who are also struggling due to the low temperatures. Many of these clubs have lighting rigs and top of the range irrigation and fertilisation programs but are still finding it hard to get the right growth!

So knowing I’m not alone and that it isn’t something that I have done is a relief!

There will be no worry come the start of the season though, as over the last two weeks with temperatures not dropping low overnight it has started to thicken out nicely and is starting to look like a football pitch again.”