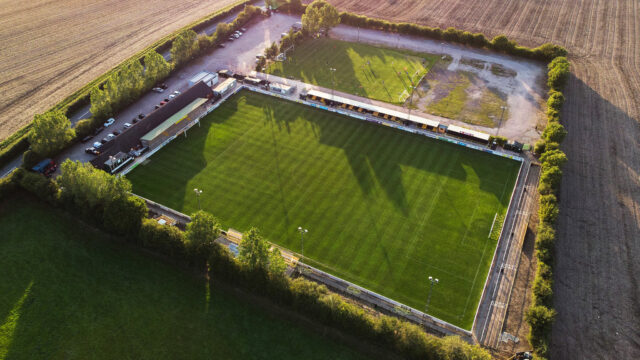 GET TO KNOW: Leamington FC

Following another postponement this past Saturday, the Coasters are back in action tomorrow as they travel to Warwickshire to face Leamington FC.

Fylde will want to return to their winning ways after last Tuesday’s 2-0 away loss to Curzon Ashton, marking their first defeat in this season’s National League North campaign. The Coasters will want to bounce back in Tuesday’s fixture – (7:45 pm KO).

The club was established in 1933 as the work team for Lockheed Borg & Beck, which is where the club nickname “the Brakes” originated from – the products manufactured by the company. The club first entered the Warwick & District League, before moving to the Coventry Works League for the 1934/35 season. The Brakes eventually transitioned to the Leamington & District League in 1940 but would return to the Coventry Works League two seasons later. The club then jumped between the Coventry & District League, the Central Amateur League, the Birmingham Combination, Birmingham & District League and the Midland League before settling in in the Southern League Division One. In between, the club was also renamed Lockheed Leamington in 1947, and AP Leamington after Lockheed was renamed Automotive Products in 1973. Paul Holleran is currently one of the longest-serving managers in English football. He has been at Leamington since his appointment in November 2009 and has already surpassed the 500-game mark as the Leamington manager – an achievement he reached in the latter part of 2019. Holleran has been a key part of Leamington’s rise which the club began early on in 2000. His first season at the Brakes led to the club achieving a play-off position before winning the Southern League Premier Division in 2013, and further promotion to the Conference North. Holleran also guided Leamington to winning the Birmingham Senior Cup for the first time in 45 years, before winning it again in 2018.

Holleran is also a previous player having started his career at Birmingham City as a youth scholar. He moved on to Alvechurch and Solihull Borough before injuries ended his playing career, which pushed him into coaching where he is qualified to UEFA level. He started his coaching career at Kings Norton Town, where he guided them to a runner up spot in the Midland Alliance. He then moved on to Solihull Borough, before leaving for Halesowen Town. Holleran also managed Rushall Olympic before settling in at Leamington. 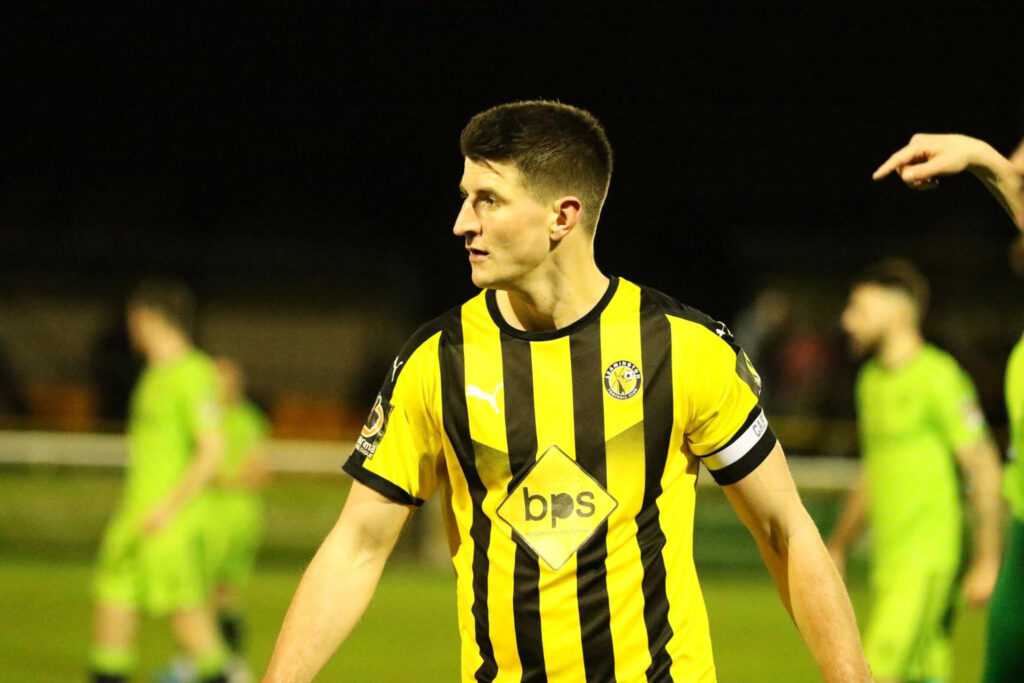 Jack Edwards has been one of the Brakes’ most important players since re-joining the club in 2017 after a short with Solihull Moors. Edwards has been club captain since the 2019/20 season after previous captain Jamie Hood’s departure. The midfielder has further demonstrated his importance to Leamington by winning both the Manager’s Player of the Year and Players’ Player of the Year this past May. The central midfielder has played most games in this position but is also capable of playing in defence or in attack.

Edwards has a lot of non-league experience having previously played for Studley, Coventry Sphinx and Barwell before arriving at Leamington prior to the 2014/15 season. He spent 3 seasons with Leamington before joining Solihull Moors for a short spell before his return to the Brakes where he’s remained. He has now amassed 139 league appearances for the Brakes.

The Brakes will be in high spirits for this fixture after their outstanding 3-0 win away from home at the Tameside against Curzon Ashton, which marked Leamington’s second win of the season. The Brakes have only played six games this season due to Covid-19 related postponements which meant that only three games were played in October delaying the season for Leamington. Leamington have drawn 2 and lost 2 of their other fixtures, but both wins happened in their last 2 games and the Brakes will want to continue their positive form.

On the other hand, the Coasters have now suffered their first National League North defeat this season in last Tuesday’s outing at the Tameside against Curzon Ashton, in a 2-0 loss. This also marked the first game of the season where AFC Fylde failed to score, which hadn’t happened in competitive fixtures since March. The Coasters will want to bounce back into their winning form in this fixture.

The Coasters and the Brakes have gone up against each other on two occasions previously, back in the 2014/15 National League North season. Both games saw Fylde secure convincing wins, scoring a total of 7 goals in both fixtures. The Coasters topped the Mill Farm fixture in a 3-1 win, before dominating at the New Windmill Ground in a 4-1 win.

Leamington is expected to keep a relatively unchanged line-up from recent fixtures. 2019/20 Leamington Fans Player of the Season Jake Weaver is expected to start in goal, he’s signed permanently for the Brakes after spending last season on loan from Championship side Birmingham City.

The experienced Junior English could be starting at right-back, he’s been playing every other game alternating regularly with Josh Martin who has also been playing in this position. Kyle Morrison is expected to start at centre back having joined Leamington for his first challenge in the English step 2. Former Macclesfield Town youngster Jack Lane is expected to play next to Morrison, with the experienced Stephan Morley completing the back four.

The midfield should feature the experienced Joe Clarke, a former FA Trophy winner having succeeded in the competition with Wrexham. Callum Gittings is expected to start next to Clarke. Gittings features over 160 appearances for Leamington, including 85 minutes as the Brakes’ goalkeeper replacing Jake Weaver after a red card. Captain Jack Edwards is predicted to start as the advanced playmaker making use of his ability to create plays for Leamington.

Sam Osborne is predicted to start in the right side of Leamington’s midfield, he scored 2 goals in their 3-0 win against Curzon Ashton so will be confident ahead of this fixture. Danny Waldron signed from Rushall Olympic prior to this season, and has been a regular featuring in the left side of the midfield where he is predicted to play. Lance Smith is expected to start as the lone striker, he joined prior to this season from Hereford after being tracked by Paul Holleran for several seasons.

The One to Watch 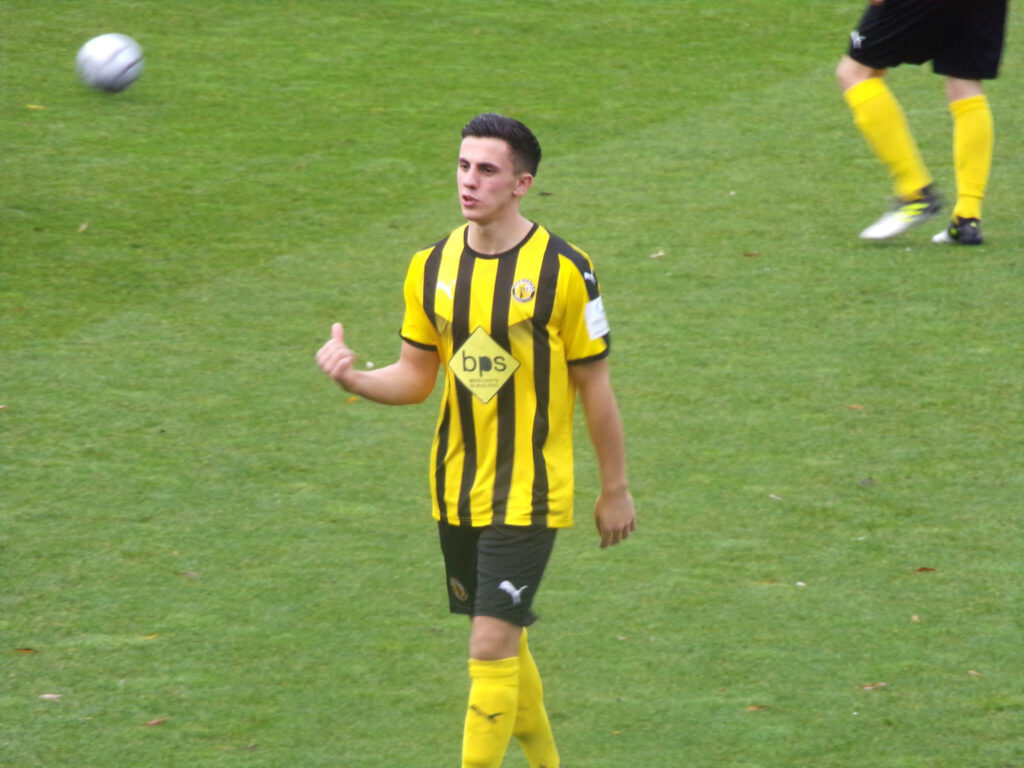 New signing Sam Osborne has been in excellent form for Leamington this season since joining in September from Notts County, where he was named Young Player of the Season for two consecutive seasons in 2018/19 and 2019/20 as well as Academy Player of the Year in 2016/17. The exciting winger started his career for his local Nottingham side Dunkirk F.C. playing for their Colts side before moving to Burton Albion for four years whilst still in school, before progressing to the Dunkirk F.C. senior team in 2015/16.

He started his professional career at Notts County, after signing a scholarship in 2016. Following his success for the U18’s, Osborne made his senior debut against Morecambe in January 2017. The 21-year-old played a prolific role for the Notts County U23’s, which was essential for the team in reaching the Central League Cup final as well as for the U23’s Premier League Cup group stages. Osborne scored 11 goals in 11 games for the 23’s and won Goal of the Month with his first strike for the senior side in 2019. He was an essential player for the Magpies in their National League play-off final season. The winger also had a spell on loan with Grantham Town and joined Leamington in search of regular game time despite being offered a new contract at Notts County.