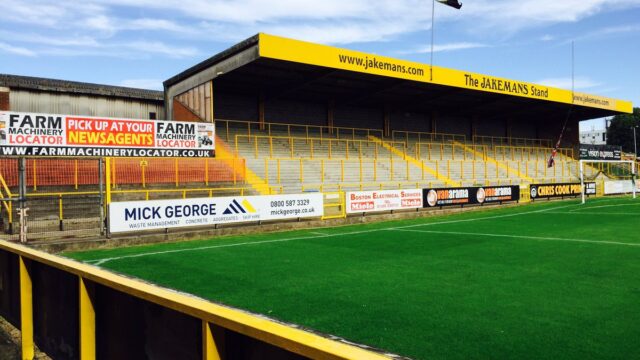 GET TO KNOW: Boston United 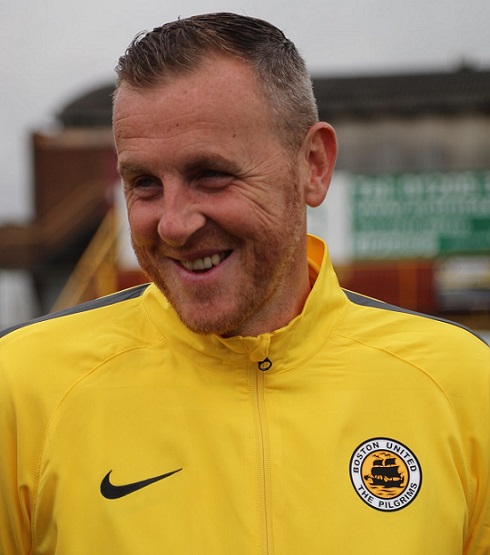 Manager Craig Elliott has been with Boston United since his appointment during November 2017. Elliott retired from his playing days early due to injury, and has enjoyed a successful spell as a non-league manager where he is often claimed to be the most successful manager in non-league due to his many achievements in such a short period of time. He started his managerial career at Glasshoughton Welfare, a club which was close to being folded when Elliott took over. As a former player for Welfare, his passion was noticeable for the club and he took Glasshoughton to unpredicted heights such as promotion to the NCEL Premier Division in 2012. At Shaw Lane, Elliott was also responsible for three promotions in four seasons. The manager has also managed Ossett Town in the past. At Boston, Elliott nearly made it six promotions in ten years if Boston had beat Altrincham in the 2019/20 National League North Play-off finals, and the fact that The Pilgrims were that close shows the impact the manager has had in the club. 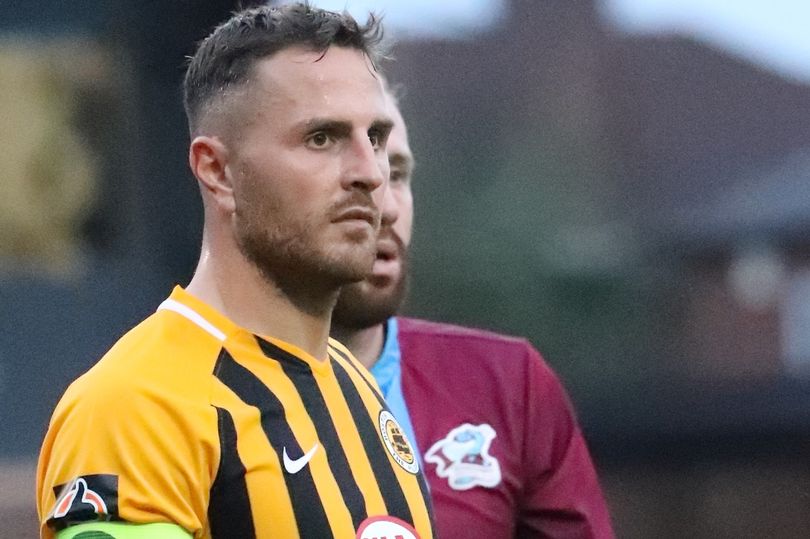 The captain Luke Shiels has been a Pilgrim since joining Boston United from Alfreton Town prior to the 2019/20 season. The experienced central defender has gathered a fair amount of non-league experience, and he was a regular opponent against Boston United before joining the club. The 31-year-old defender started his senior career with Harrogate Town where he made 72 National League North appearances before moving to Alfreton Town. He was also a regular for Alfreton making 73 league appearances before moving on to Boston.

Boston United was founded in 1933 as a successor to Boston Town. Their first ever game was a 3-1 defeat to Grimsby Reserves which saw an attendance of 1,544 watching Boston’s first game. The Pilgrims then went on to have a decent amount of success within different leagues such as the Midland League and the Southern League. The club nickname “The Pilgrims” is a reference to the Pilgrim Fathers who left England and sailed to North America founding Boston, Massachusetts. The club badge also features the pilgrim fathers’ ship the Mayflower. The Pilgrims currently hold the record for biggest win by a non-league side against a Football League side in the FA Cup after defeating Derby County in a 6-1 win.

Boston United were founding members of the Northern Premier League in 1968, and won the competition four times as well as the Alliance Premier League in 1979. However, their Northern Premier League titles were not enough to achieve promotion to the Football League at the time. However, after turning professional in 2001 the club earned promotion to the Football League. Boston would be relegated from League Two in the 2006/07 season, and then went into administration being relegated to the Conference North. Still in administration after the 2007/08 season, Boston would then return to the Northern Premier League but would bounce back to the Conference North in the 2009/10 season, where the club still remains today.

The Pilgrims are currently in excellent form sitting 4th in the National League North table, although the club has suffered a series of postponements due to Covid-19. Boston secured their first win in their league opener, beating Leamington 4-0 away from home. 18 days later Boston would beat AFC Telford 3-2 at home. In successive matches, the Pilgrims then drew 1-1 to Guiseley at home and beat Southport 1-0 away. 10 days later Boston went on to play Darlington, in a match which was abandoned in the 89th minute due to injury despite Boston’s 2-0 win at the time – a match which is suspended at the moment. 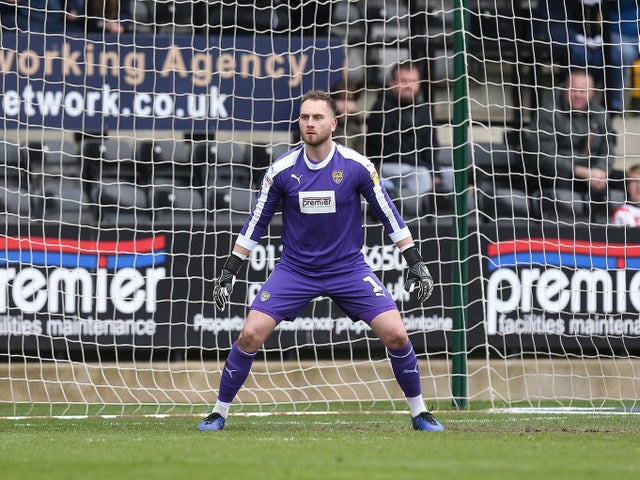 Fitzsimons started his career with Premier League side Crystal Palace. The London born goalkeeper then went on to experience a series of loans with non-league sides featuring for Harrow Borough, Hendon, Havant and Waterlooville and Farnborough. He then signed for Bolton Wanderers after his release from Palace, spending time on loan with Bishop’s Stortford. He was released in 2016 and signed for Braintree Town as a stand in, before moving to Chelmsford City. Following a trial, Fitzsimons then signed for Notts County. He made 57 appearances for Notts County before finally settling in at Boston United. The goalkeeper possesses a strong kicking ability. 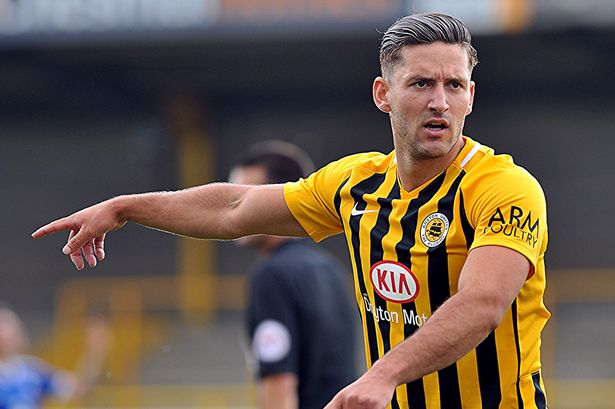 The Albanian midfielder Andi Thanoj has been with Boston United since joining in December 2017 from Redditch United. The 28-year-old creative playmaker started his career with Grimsby Town making 75 league National League appearances for the club. Thanoj then moved on to Alfreton Town for two seasons where he made an impact for the Reds as a regular. The midfielder then moved on to Harrogate Town where he made 29 league appearances and scored 1 goal. Thanoj is now on his 4th season with the Pilgrims and he is a regular in Boston’s line up, as a key player taking part in the creation of their offensive efforts from central midfield. 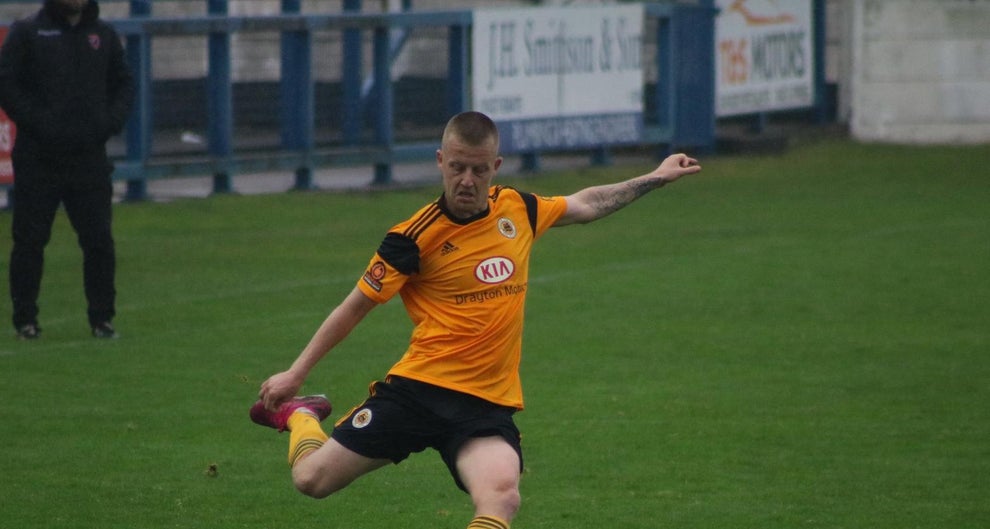 The wide-midfielder is a new signing for Boston United joining the club after a very successful spell at Solihull Moors, where he was a key part in Solihull’s 2018/19 runner’s up campaign and in 2019/20’s play-offs near miss. Hawkridge spent his youth career with Barnsley and Tranmere Rovers before starting his senior career in non-league with Carlton Town. The winger then moved to Hucknall Town before returning to Carlton. Hawkridge’s break came after his move to Conference North side Gainsborough Trinity where he was a key part of the team. He then went on to have a successful Football League career with Scunthorpe United, Mansfield Town on loan, and Notts County. The 30-year-old winger also had a spell on loan with Lincoln City in 2015/16, before signing for the 2016/17 season. The skilful winger now plies his trade for Boston where he is a key player for the Pilgrims. 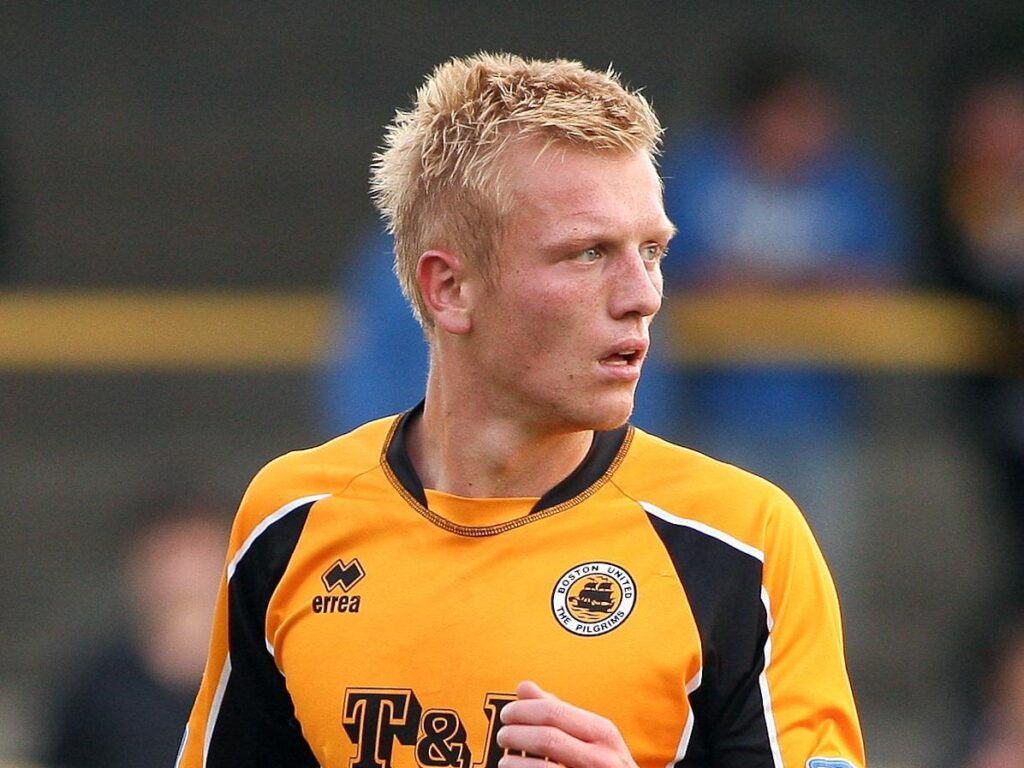 The 28-year-old forward signed for Boston United as a summer signing prior to this National League North season. The striker is a youth academy product of Chesterfield and has previously spent time at the Pilgrims on loan from the Spireites scoring 2 goals in 8 appearances. Following his release from Chesterfield, Burrow moved to Morecambe where he made 51 League Two appearances. After rejecting Morecambe’s contract offer Burrow moved to Stevenage where he stayed for only a season, as he then moved to Lincoln City scoring 10 goals in 39 Conference Premier appearances. Burrow also featured a prolific season for Halifax Town scoring 14 goals in 53 appearances. The striker had a successful goalscoring spell with Gateshead before joining York City for two seasons in his last spell before joining Boston. Burrow is also an England C International.