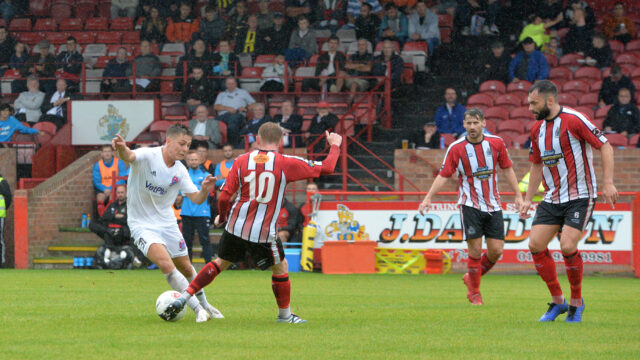 Get To Know: Altrincham FC

This Saturday, Jim Bentley’s side will play their final pre-season friendly, at home to Altrincham FC. We take an in-depth look at our visitors, prior to the game.

Altrincham Football Club was initially formed by a Sunday School around 1891 as Rigby Memorial Club. They then merged with local team Grapplers to create Broadheath Football Club who were one of the founding members of the Manchester League in 1893. The club finally became Altrincham after moving to Pollitt’s Field in 1903. Their first season saw a lot of success to the club as they won the Cheshire Amateur Cup as well as the Manchester League and Cheshire Senior Cup. The club currently plays at Moss Lane, where they have done since arriving in 1910.

The Robins are famously known for their FA Cup giant killings, currently holding the record for knocking out more Football League sides than any other club that has spent their entire history playing non-league football. The club has to this day featured seventeen victories against Football League clubs with its first win being against Tranmere Rovers in the 1921/22 season and most recent win against Barnsley in the 2015/16 season. Alty’s most notorious giant killing happened in the 1985/86 season where they bested Birmingham City at Birmingham’s St. Andrew’s ground in a 2-1 win, this while playing Alliance Premier League football which at the time was the highest level of non-league football, The Robins were also founding members of this league.

Phil Parkinson has been with Altrincham since 2017, being appointed as first team manager on the 28th of April of this year. Parkinson joined Alty merely the day before the club was relegated to the Evo-Stik Northern Premier League, in the last game of the 2016/17 season.

Parkinson had joined The Robins from Nantwich Town, three days after losing Nantwich’s Northern Premier League promotion play-off semi-final to Spennymoor Town. During his time at The Dabbers, Parkinson revolutionised the club turning them from a relegation-threatened club to promotion contenders as well as taking them to the FA Trophy semi-finals in 2016.

Since joining Altrincham, Parkinson has successfully led Alty to a Northern Premier League win in the 2017/18 season, as well as a promotion to the National League through the play-offs after defeating Chester 3-2, York City 2-0 and Boston United 1-0 in the final. 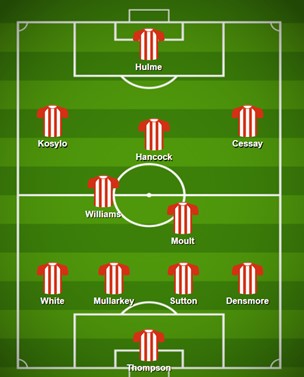 Alty will be traveling to Fylde tomorrow for their second last pre-season friendly in preparation for their return to National League football after being relegated in the 2015/16 season.

The last time The Coasters and The Robins faced each other was also in a friendly in the 2019/20 pre-season, this match saw Alty surpass Fylde in a 3-1 win to the Greater Manchester side. However, The Coasters have bested Altrincham on more occasions winning two out of three matches, with a 4-1 home win and an amazing 6-0 win away from home, both of these in the 2016/17 National League North season.

The Robins have played some good football in pre-season. In their most recent outing at Alfreton, Alty had a particularly strong first half featuring attacking football but lacked the efficiency to make the most of their chances. They were then unfortunate to concede two goals in three minutes which put the match to bed. Parkinson’s men will definitely be wanting to bounce back as they visit The Coasters tomorrow.

Josh Hancock was singled out as a particularly strong performer against Alfreton, and is expected to continue this fine form playing in the middle of the park today for Alty in somewhat of a classic ‘number 10’ role for The Robins.

Ex-Coaster Tony Thompson is expected to be starting in goal for Alty tomorrow. Trialist Joel Senior has also been featuring in the right side of defence, but for tomorrow Shaun Densmore is expected to start, Densmore who spent his youth days at Everton’s academy. The rest of Alty’s defensive structure should feature Toby Mullarkey, who was also at Nantwich with Phil Parkinson, as well as new signing Ritchie Sutton and Andy White.

Jake Moult is expected to be starting in the midfield in a more defensive role, also being a potential captain for The Robins after captaining the side against Nantwich and Curzon Ashton. The rest of the midfield could consist of Sean Williams, and as previously mentioned Josh Hancock.

Tomorrow’s game will also feature the return of Matty Kosylo to the Fylde coast, who is expected to feature on the wings for Altrincham. Ex-Tangerine Yusifu Cessay could be the one to start on the other side, Cessay has been with Altrincham since joining in the 19/20 season after a successful loan from Blackpool.

Jordan Hulme is expected to be starting up front for The Robins. He has been the main option in this position during pre-season having scored against Curzon Ashton and captaining the side against Alfreton.

Key man for Altrincham is striker Jordan Hulme. Hulme was linked to Chester FC after the turn of the New Year but ended up remaining loyal to Alty where he is considered to be one of the most important players of the side. The 29-year-old forward combines a mixture of energy, aggressiveness and skill making him a threat to any opposition defence.

The lively forward joined Altrincham in their Evo-Stik Northern Premier League days during the 2017/18 season, where he was named the Evo-Stik player of the season after a prolific year for The Robins where Hulme scored 31 goals in 54 appearances. Before joining Altrincham, Hulme turned out for Salford City in the 2016/17 National League North season. Before Salford, Hulme spent time with Padiham and Ramsbottom United.

In Hulme’s Altrincham career, he has now bagged himself 70 goals in a total of 139 appearances. Hulme has continued his efficient streak in this seasons’ club friendlies and is definitely one to look out for tomorrow.