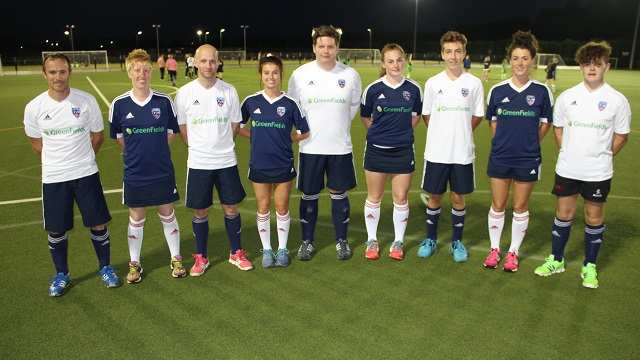 It isn’t just our football teams that have enjoyed a fantastic start to the new season … the latest member of the family, Fylde Hockey are also making their mark!

The hockey club, formerly Springfield Hockey, joined us over the summer and will soon move onsite to the 3G pitches at Mill Farm.

Currently based in Preston, Fylde Hockey offers teams for men, women, boys and girls with a strong focus on youth development. The move to Mill Farm will provide the club with international standard playing facilities.

Following on from re-forming the men’s section three years ago, the First Team have been promoted twice in the last three years and are currently top of the league by three points. Current season stats: P5, W4, D1, L0.

The Second Team was formed two years ago and have worked hard on developing junior players within the club. Two good seasons in Division 6N saw them promoted last season. This opened up a full fixture calendar and also access to play the Manchester based teams. A junior development team that are looking to consolidate in their current league. Current season stats: P5, W1, D1, L3.

The First Team are currently the highest placed ladies club side within a 50 mile radius. Following relegation last season, they are aiming to return straight back to the top tier of England Hockey. Currently top of the league. Current season stats: P5, W5, D0, L0.

Following their relegation last season, the Seconds are planning a return to the North Hockey Women’s League Division 2 North West. Their squad has been rebuilt over the last two years and they currently lead the division. Current season stats: P5, W4, D1, L0.