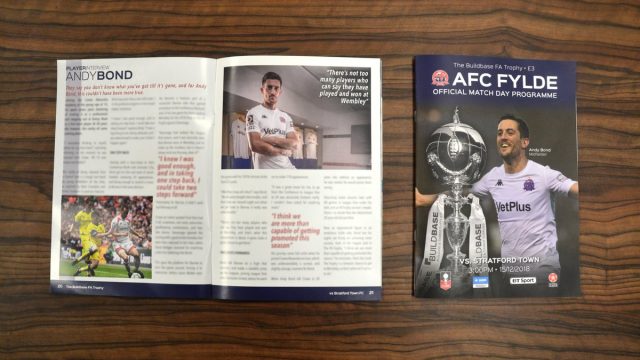 From Wigan To Wembley: Andy Bond on Winning The FA Trophy

They say you don’t know what you’ve got till it’s gone, and for Andy Bond, this couldn’t have been truer.

Born in Wigan, Andy Bond joined the Crewe Alexandra Academy at the young age of 13, and spent seven years dreaming of making it as a professional and stepping out at Gresty Road as a first-team player.

At 20 years old, however, this reality all came crashing down.

“I remember thinking to myself, where do I go from here?”, said Andy, reflecting on the moment he was released from Crewe. “All I’d ever known was football.”

The reality of being released from a football club is a tough one faced by young footballers all the time. 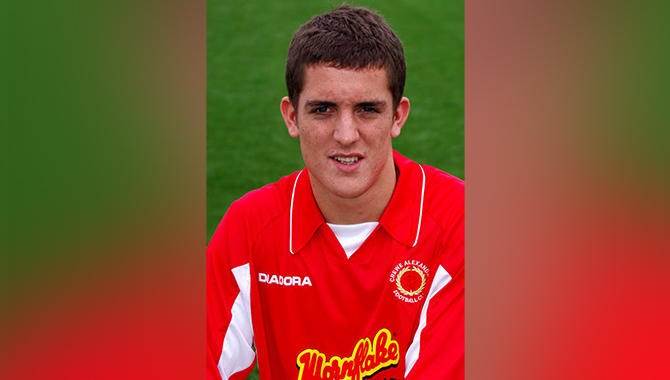 What separates those who still make it in the professional game is one simple matter; resilience.

“I knew I was good enough, and in taking one step back, I could take two steps forward,” explains Andy.

“It was a big thing to me, being released, and I was determined to make sure it didn’t happen again.”

Starting with a loan-move to then Conference North side Lancaster City, Bond got his first real taste of senior football, amassing 24 appearances, and doing enough to cement a move to Barrow in the same division.

He became a massive part of a successful Barrow side that gained promotion to the Conference National, and, in his last game for them, took to Wembley for the 2010 final of The FA Trophy against Stevenage.

“Stevenage had walked the league that season, and it was basically seen that Barrow were at Wembley just to make up the numbers, but it doesn’t always work out that way, does it?”

Fortunately for Barrow, it didn’t work out that way at all.

It was an action-packed final that had it all; screamers, red cards, extra-time, goalkeeping substitutions, and late, late drama.

Stevenage opened the scoring with a goal on ten minutes, but were then reduced to ten men, when David Bridges received his marching orders for clattering into Bond.

This gave the platform for Barrow to turn the game around, forcing it to extra-time, before Jason Walker won the game with his 107th minute strike from 25 yards.

“After that it was all a blur!”, says Bond. “We all went straight into London, and then had our second night out when we got back to Barrow, it really was unbelievable.”

“There’s not too many players who can say they have played and won at Wembley, and that’s what this competition is about, it gives clubs a great chance to get there.” 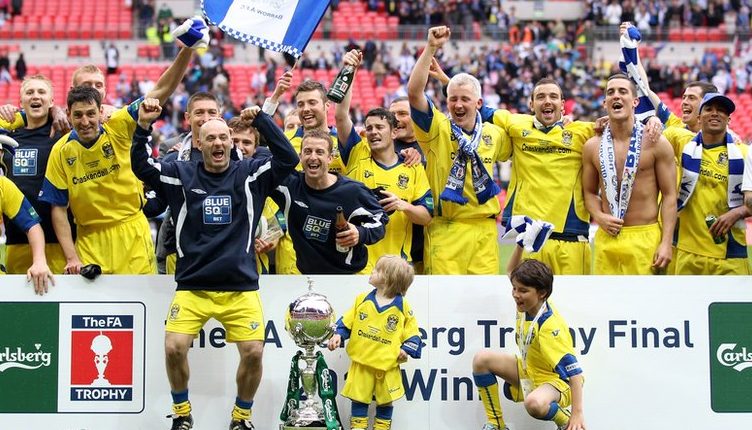 Bond left Barrow on a high that summer, and made a sizeable jump up the leagues, joining League One side Colchester United, where he went on to make 118 appearances.

“It was a great move for me, to go from the Conference to League One at 24 was absolutely fantastic really. I couldn’t have asked for anything more.”

His journey came full circle when he joined Crewe Alexandra on loan, which was understandably a surreal, and slightly strange, moment for Bond.

When Andy Bond left Crewe at 20 years old, without an appearance, he was certain he would prove them wrong.

Returning seven seasons later with 80 games in League One under his belt, and an FA Trophy winners medal, there’s no doubt that the determined 20-year-old did just that.

Andy Bond was interviewed for the matchday programme for our first round tie against Stratford Town.