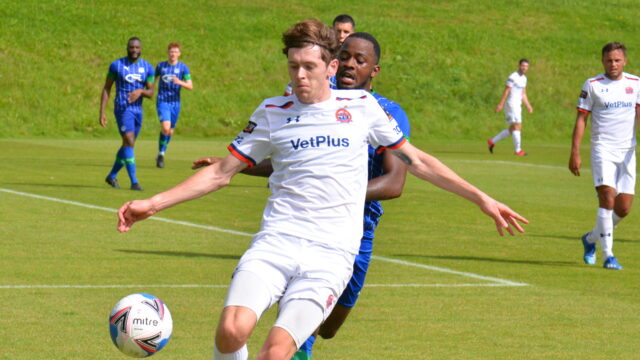 Jim Bentley’s side were beaten by a well organised Wigan Athletic side, away from home on Tuesday afternoon.

The only goal of the game arrived after just a few minutes in the first half, with well-known pre-season expert, Trialist netting a neat finish inside the box.

The hosts had further chances which called new-signing, Chris Neal into action, before Bentley’s side had efforts of their own. Most notably, Junior Mondal fired home in the first half but was flagged offside, before Kurt Willoughby and Ben Tollitt came close.

The second half – in truth – was fairly quiet in terms of chances as both teams gained vital fitness. A flurry of changes from each bench meant the game never really got going, but following the match both sets of coaching staff were happy with what they saw from their respective teams, both on and off the ball.

The Coasters are next in action this weekend as we travel to face Warrington Town in our second pre-season friendly, looking to continue preparations for the 20/21 National League North campaign.

The fixtures have now been released, CLICK HERE to view them now!

Want to watch football at the safest and one of the most exciting places on the Fylde Coast? CLICK HERE to view our season ticket plans and prices!