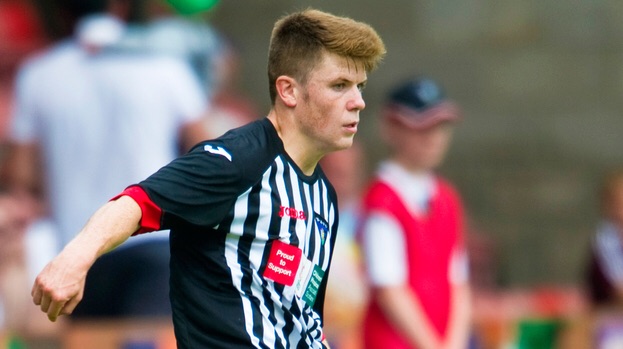 Whittle came through the youth ranks at the Liverpool Football Academy, spending eleven years at the Merseyside club before being released in 2011.

Dave Challinor said of his latest addition: “Alex has been training with us since pre-season and as Adam Sumner pickup up an injury recently, we got clearance to sign him and he’ll provide ideal backup at left back.”

Following his release from Liverpool Alex went on to join the Nike Football Academy, where his performances impressed several clubs on both sides of the border.

He was signed by Dunfermline Athletic on a pre-contract in April 2012, and at the age of 19 was handed a three-year deal.

After making just six starts for Dunfermline he was asked to play at left back and became an ever-present for the final ten games of 2012/13 season.

He went on to make seventy-eight senior appearances, scoring just once, before being released at the end of last season.

He recently spent a good deal of pre-season with Sky Bet League Two side Hartlepool United trying to earn a deal before Challinor swooped in for the defender. Whittle could make his debut in today’s home tie with Tamworth.