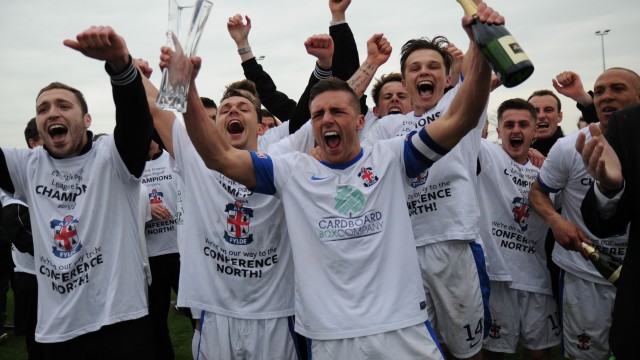 The first set of pre-season matches has been announced for the AFC Fylde First Team and there are already some big names heading to Kellamergh Park this summer.

The flagship fixture so far is against Football League Championship side Bolton Wanderers who will send their development squad to KP for a night match on Tuesday, 29th July.

But before that, League One’s Rochdale, who won promotion after finishing third in League Two last season, visit on Saturday, 12th July.

The Coasters have four away games arranged so far, starting in Cumbria in the first weekend of July against Northern Premier League Division One North’s Kendal Town.

They will round off pre-season with a visit to near neighbours Bamber Bridge, who heartbreakingly lost the NPL D1N Play-off Final to Ramsbottom United after extra time, the weekend before the season kicks off properly.

There are still dates available for more friendlies to be arranged so look out for updates on the website and the club’s twitter feed, @AFCFYLDE.

ALL ARRANGED FRIENDLIES SO FAR

Season starts on Saturday, 9th August and fixtures are expected at the end of June.