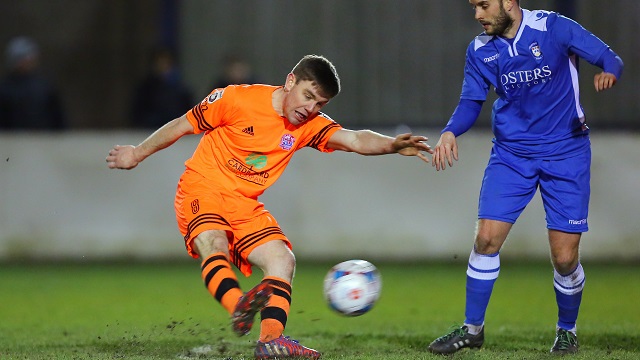 AFC Fylde have received confirmation that Sam Finley will serve a three-match suspension following his red card against Lowestoft Town on Tuesday night.

Finley was shown a straight red card for foul and abusive language after the award of the penalty that led to Lowestoft’s third goal.

The midfielder, who was also sent off earlier in the season against AFC Telford United, will now miss the trip to Nuneaton Town (March 1) , the visit of Boston United (March 5) and the rearranged fixture at home to Corby Town (March 8).