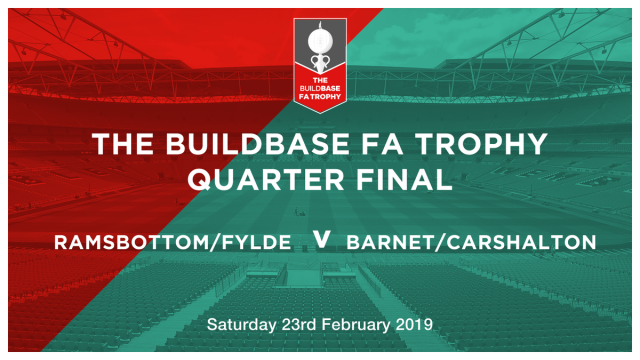 THE draw for the quarter-final of the Buildbase FA Trophy has been made, with four ties decided at Wembley this afternoon (4th Feb).

Should the Coasters beat Ramsbottom United, their prize will be a home tie against either Carshalton Athletic or Barnet.

The tie between the Londoners finished 3-3 at the War Memorial Sports Ground on Saturday, with a replay set for tomorrow night at The Hive.

The draw in full is as follows:

The ties will be played Saturday 23rd February, kick-off at 3pm.