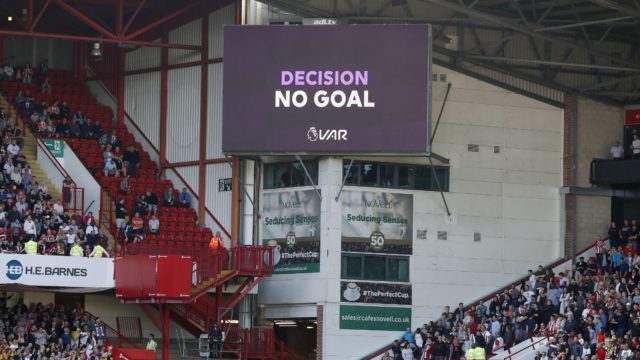 FA CUP | VAR To Be In Use At Sheffield United

The FA have confirmed that a Video Assistant Referee (VAR) will be in use at Premier League grounds in the Third Round of The FA Cup.

This means that AFC Fylde’s clash with Sheffield United at Bramall Lane will see VAR used – making the Coasters the first ever non-league team to use the system.

VAR has made headlines this year in the Premier League since its introduction, and its presence in the FA Cup on Sunday could provbe piviotal.

The Coasters preparation for the game has continued, as AFC Fylde look set to take a bumper following to the game.

You can watch www.joe.co.uk’s ‘Scout Report’ below, as they visited Mill Farm to get the inside scoop on the Coasters.

Ahead of the Emirates FA Cup Third Round, we sent a @SheffieldUnited fan behind the scenes at @AFCFylde to scout out the opposition.#bbcfacup w/ @EmiratesFACup pic.twitter.com/TtQBcFD0xL