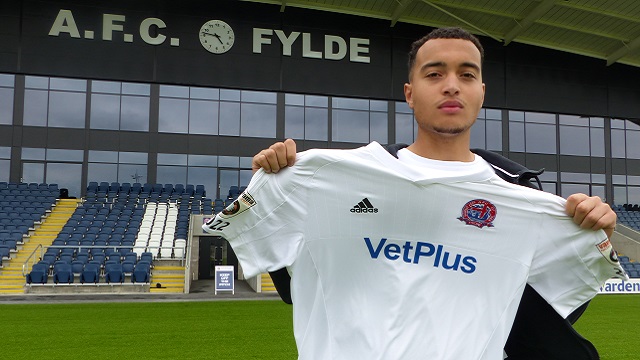 Ezewele sixth through the door!

Full-back Josh Ezewele becomes the sixth new signing to arrive at AFC Fylde this summer after completing a move from Kidderminster Harriers.

Ezewele joins the Coasters on a one-year deal with the option of a second year after leaving the National League North runners up.

The 20-year-old started his career with Premier League side West Bromwich Albion and was a regular in their Under-21s before moving to League Two Yeovil Town in July 2016.

Ezewele joined Kidderminster on loan in January 2017 before completing a permanent move the following month after an impressive spell and was instrumental as they finished second in the league table.

The right-back further bolsters Dave Challinor’s defensive ranks following the signings of Jordan Tunnicliffe and Zaine Francis-Angol, who have both also joined from Harriers.