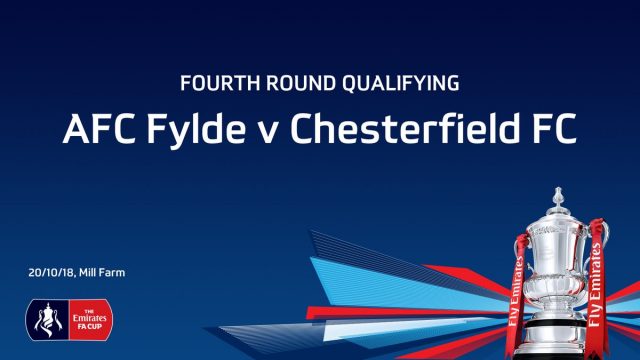 AFC Fylde have been drawn at home in the 4th Qualifying round of the Emirates FA Cup against last weekends opposition Chesterfield.

This game will be the first time that Chesterfield have visited Mill Farm Stadium in a game which promises a bumper crowd as the Coasters look to emulate last seasons magnificent FA Cup run.

All Ticket details to be announced in the coming days.