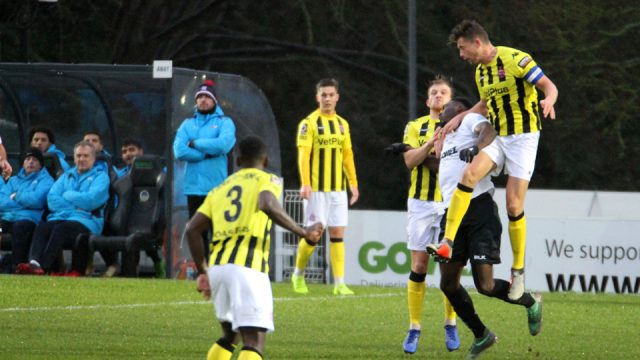 A late brace from Dover striker Inih Effiong condemned Fylde to only a fourth league defeat of the season at the Crabble.

Effiong struck an 83rd-minute equaliser before netting the winner in the fourth minute of injury time to overturn Danny Rowe’s first-half opener for the Coasters.

Manager Dave Challinor made one change to the side that drew at home to Sutton United as Jim Kellermann replaced Andy Bond whose wife was in labour.

The Coasters started brightly and the close control of Nick Haughton caused the hosts problems time after time. His quick feet saw him glide past two Dover defenders before being brought down 30 yards from goal.

Rowe tried his luck with a fierce strike which saw the ball bounce just in front of Dover keeper Mitch Walker but he was able to hold on to the ball at the second time of asking. 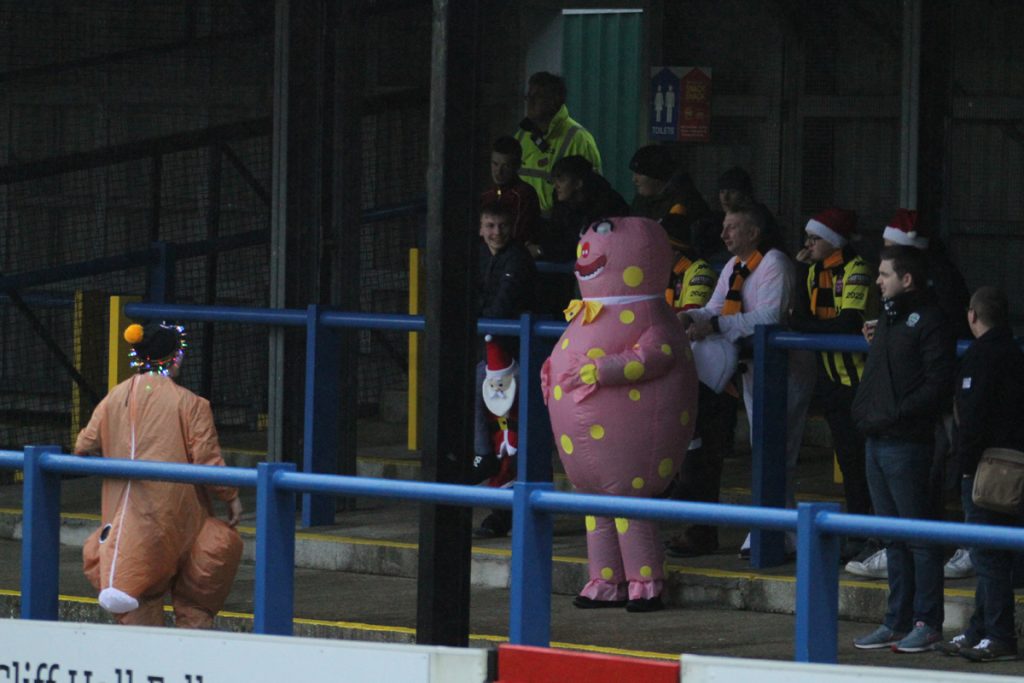 The chances kept coming as Jim Kellermann found himself in space down the left after a splitting pass from Rowe but the St Mirren loanee dragged his shot just wide of the bottom right corner.

The Coasters opened the scoring on 26 minutes via a familiar source. A quick free-kick found Kellermann free down the left and he cut the ball back to an unmarked Rowe 6 yards out, and he made no mistake tucking the ball past Walker.

The tricky Haughton continued to cause problems and he went close ten minutes before the break with a curling effort from 25 yards which fizzed just past the far left post.

Rowe should have had his and Fylde’s second moments later.

An inch-perfect cross from the right from Luke Burke was met by Rowe but his downward header was saved well by Walker and the Dover keeper claimed the ball as Philliskirk closed in.

The hosts started the second half the better and should have been level within the first minute of the restart.

A teasing cross from the right was met by Lokko six yards out but he somehow headed over unmarked from close range.

Whilst Dover started to gain the momentum the Coasters still looked dangerous when going forward and should have made it two when Francis-Angol crossed for Gnahoua to stab the ball millimetres wide of the far right post.

With 25 minutes to go Coasters captain Lewis Montrose replaced Jim Kellermann to mark his first appearance of the season. 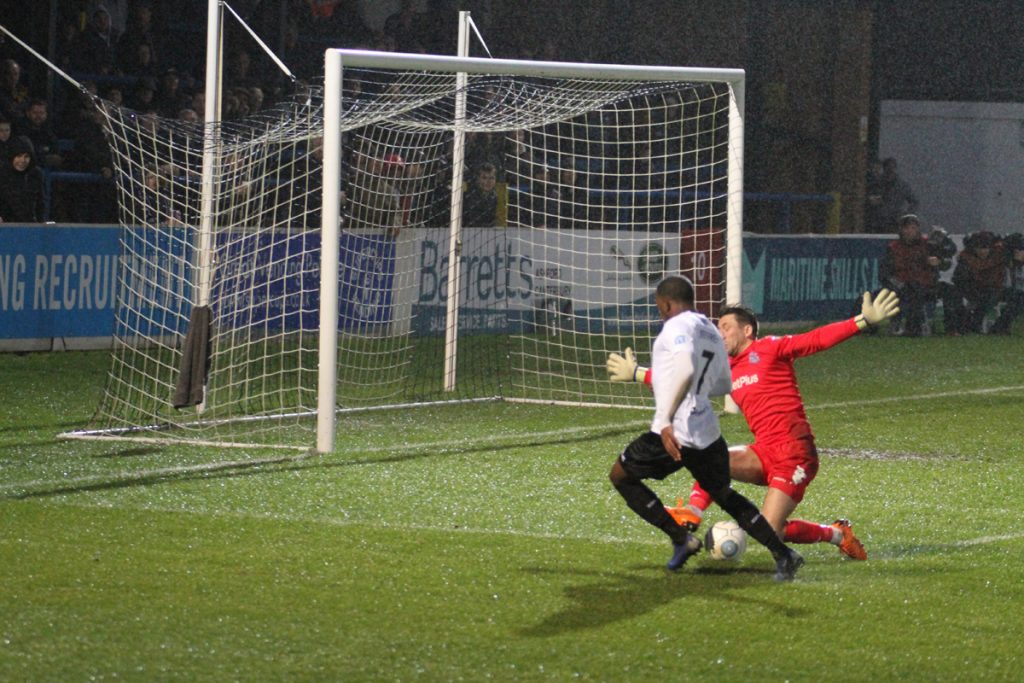 Moments later the hosts were down to 10 men as Anthony Jeffrey was shown a straight red card after the referee judged him to have denied Danny Philliskirk a clear goalscoring opportunity.

Despite this further setback Dover rallied and grabbed a deserved equaliser with seven minutes to go.

A cross to the back post was headed back into the six-yard box by Alfie Pavey where Inih Effiong was waiting to head home past Lynch.

This sparked the Coasters back into life and a well-worked move down the right ended with Gime Toure flashing a low cross across the face of goal narrowly avoiding Haughton and Rowe in the centre.

Fylde almost grabbed a winner in injury time when Rowe feinted his way past a Dover defender but his low shot was deflected away from goal.

In the 94th minute, it was the hosts who grabbed all three points when Pavey and Effiong combined once again.

Effiong was put through one-on-one with Lynch and despite getting a hand to his shot he couldn’t prevent it from hitting the back of the net to send the home fans into ecstasy.

The full-time whistle blew to signal only the 4th league defeat of the season for Fylde who will be looking to bounce back in the FA Trophy next Saturday when we welcome Stratford Town to Mill Farm.

After the game, Dave Challinor had some strong words about his team’s second-half performance.

“You could sense the tide turning because we were becoming sloppy and the game was almost too easy for us it seemed.

Probably the worst thing that could have happened was them going down to 10 men because all of a sudden then you want that composure on the ball.

That should suit us down to the ground in terms of moving the ball around comfortably.  It does if people take responsibility. No-one took responsibility out there.

Watch his reaction in full.