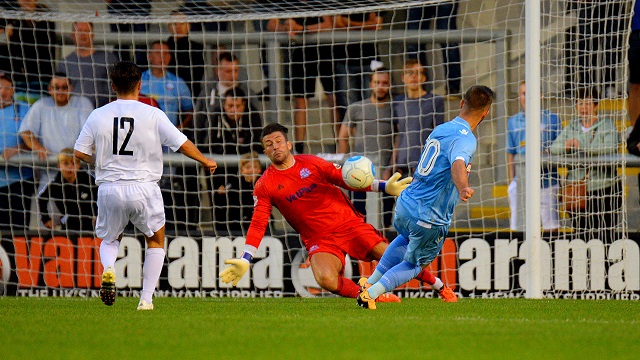 Defence will ‘stand us in good stead’

AFC Fylde boss Dave Challinor believes his new-look backline has made a solid start ahead of the club’s first season in the National League.

The Coasters have already brought in Jordan Tunnicliffe, Zaine Francis-Angol and Josh Ezewele, alongside goalkeeper Jay Lynch, to strengthen the back four with more signings imminent.

Challinor’s side have conceded just once during the three pre-season games so far and the manager is pleased with how his defence is shaping up.

Challinor said: “We still want more bodies in at the back and we are hopeful of that happening soon but the lads that have come in have already made us far more solid. The physical attributes they have brought will stand us in good stead for the challenge next season.

“That end of the pitch was the one that we definitely needed to work on from last season. We knew we had to improve defensively right across the board and that doesn’t just include the back four. The midfield and the wide players have to do their jobs too.

“Even though we haven’t done a great deal of work in training on the defensive side yet, we still look a far more solid unit.

“There is still plenty to work on which is a massive positive for me considering how much we have improved already without much work.”