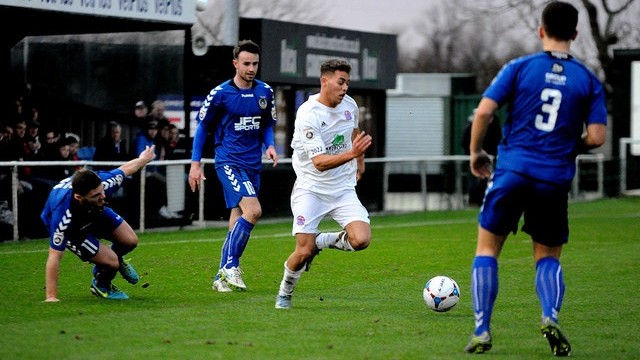 The Coasters were in control of the match, leading 1-0 at the break, but two goals in three second-half minutes meant they dropped to fifth in the National League North table.

“Some poor decisions in those three second-half minutes have cost us the game,” said Challinor. “For the remaining half an hour after that we simply weren’t good enough.

“We were comfortable in the first half, but after that we didn’t create anything and that was the main disappointment from my point of view.
“In the first half we passed the ball well, but we probably weren’t as clinical as we would have liked to be after getting into some good positions.
“We were in control of the game at 1-0 and even up until the equaliser I thought we were on top. After that we made some poor decisions, that let them back into the game and stopped us from creating any more clear cut chances. We didn’t have a shot on target in the second half.
“We had players booked in the middle of the pitch for very little which prevented them from being able to make a tackle.”