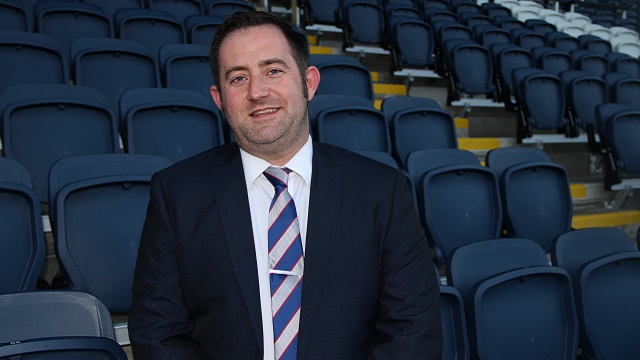 The club are delighted to officially announce the arrival of David Broadbent as our new Commercial Manager.

David joins the club from Championship side Huddersfield Town, where he held the position of Commercial Manager for Advertising and Events.

Prior to his role with the Terriers, David worked as Commercial Manager at Tranmere Rovers and as Head of Partnerships at Oldham Athletic and boasts over 10 years experience in football.

Speaking on his appointment, David said: “I’m delighted to be joining AFC Fylde at a very exciting time for the club. The first time I came to Mill Farm to meet the Chairman, I was immediately impressed with the facilities and the ambition shown.

“I have worked in the National League and within the Football League at Championship, League One and League Two levels and the facilities here are as good as anywhere. The commercial potential of the club is superb, especially now with the Mill Farm development.

“I’m looking forward to getting out and about into the local business community and I have already been in touch with a number of businesses associated with the club. I’m always happy to meet for coffee and to talk about the possibilities that we have here and I look forward to playing my part in helping getting AFC Fylde into the Football League.”

David will be responsible for all the commercial elements of the football club, from matchday sponsorships to programme and perimeter advertising right the way through to stadium naming rights and shirt sponsorship.

In January we will be holding a commercial business lunch at the Mill Farm with details being announced in due course. David is looking to speak to businesses of all size as look to tailor packages to specific needs.