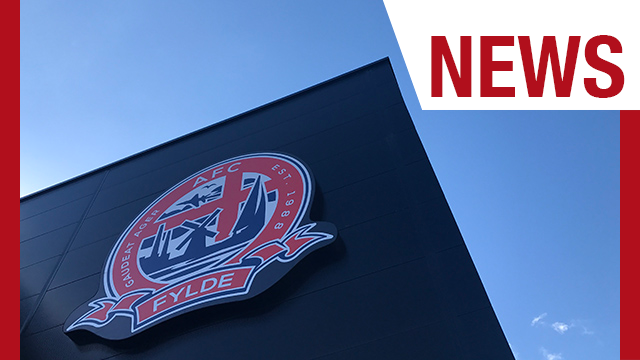 AFC Fylde will take on local rivals Fleetwood Town in the semi-finals of the Lancashire Senior Cup on Tuesday 13th March.

The Coasters saw off Bolton Wanderers 3-1 in November before beating League One side Oldham Athletic by the same scoreline in the quarter-finals.

Fylde fell behind against the Latics last month before Callum Chettle levelled the scores with a stunning strike.

Youngster George Hassall put the Coasters ahead after the break before Henry Jones converted from the spot to set up a tie against the Cod Army.

The match will be be held at Fleetwood’s training ground, Poolfoot Farm, with a 1pm kick-off.

The winners will face either Blackburn Rovers or Bury, who play the week previous, in the Final.