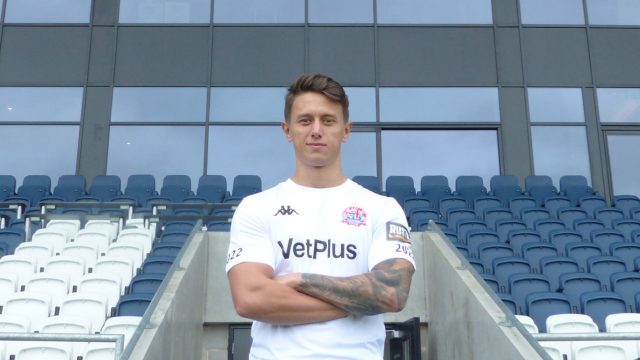 AFC Fylde can confirm that Danny Williams has joined on loan until January.

The 30-year-old joins from Accrington Stanley and has previously had spells with FC United of Manchester, Kendal Town and Chester before moving to Scotland to play at Inverness Caledonian Thistle and Dundee.

The left winger was born in Wigan and was part of the Inverness celebrated side that lifted the Scottish Cup for the first time in 2014/15, coming off the bench during a 2-1 win over Falkirk, at Hampden Park. He then went on to feature in the Europa League as Inverness lost 1-0 on aggregate to Romanian side Astra.

Interestingly, Williams has faced AFC Fylde, then named Kirkham and Wesham in 2007. The winger was starting out his career at non-league side Daisy Hill who lost 3-1 at Kellamergh Park.

When asked about his move Williams said:

“I’ve always followed the clubs progress since playing against them in non-league, it’s remarkable what they have achieved.”

“I’ve struggled for playing time at Accrington Stanley, so hopefully, I can come here, impress the gaffer and get a chance in the team.”

Williams will go straight into tomorrows side to face Chesterfield, return away travel is still available for just £10.00 per person. Click here to book.