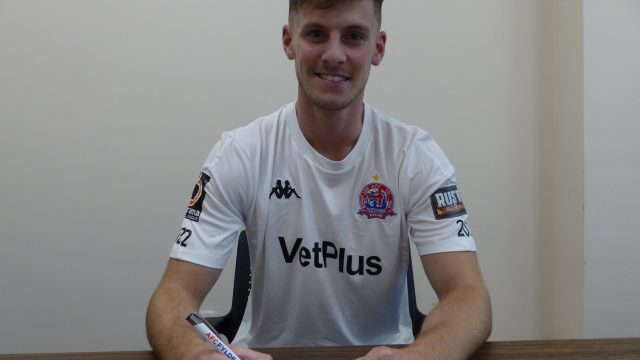 AFC Fylde have completed their 10th signing of the summer with defender Danny Kane (pending international clearance) joining from League of Ireland Premier Division side Cork City. The 21-year-old has signed on loan until 14th January 2019.

Kane started his club career at Huddersfield Town plying his trade in their Under-18 side, he then progressed making numerous appearances for their Under-21s. After five years at the Terriers, Kane signed for Cork City in January 2018.

The defender has made five appearances for Cork, most notably his UEFA Champions League debut in the First Qualifying Round defeat to Polish champions Legia Warsaw on July 17th, 2018.

Kane has also received international honours having represented Ireland at every level from Under-15s to the Under-21s.

When asked about his move Kane said:

“I’ve struggled to get a lot of game time at Cork City so as soon as I heard Fylde were interested it was an easy decision. I keep my eye on English football and have always been aware of the ambition the club has, hopefully, I can add to that and them have a great season”.