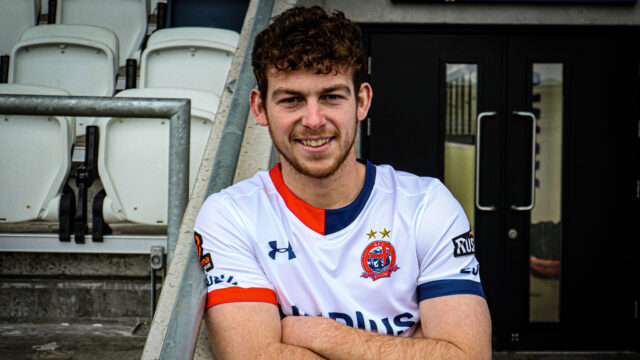 AFC Fylde is delighted to announce that defender Dan Pike has re-signed for the Club on a one-month loan deal from Championship side Blackburn Rovers.

The right-back signs for the second time this season after an initial loan at the Club was cut short when Dan picked up an injury towards the end of his first spell.

During his last stint on the Fylde Coast, Dan made four appearances for Jim Bentley’s side, featuring in both the National League North and FA Cup, with his last appearance coming in our 2-1 win over Kidderminster Harriers.

On his return, Dan said: “I’m over the moon to be back, and ever since I left, I was keen to return.

“The first time I was here, I really enjoyed myself and enjoyed playing for Fylde. The lads were great with me, so I was always keen to come back.”

You can catch an interview with Dan later this afternoon on the Club’s official website.