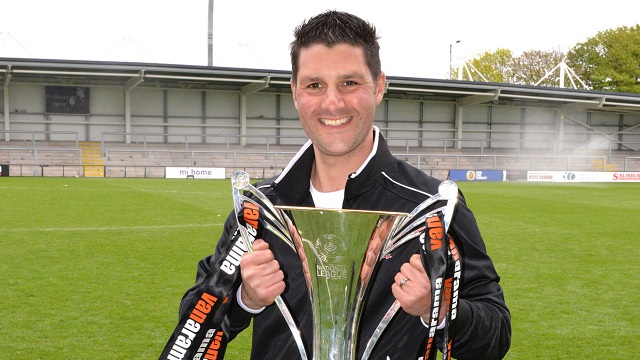 AFC Fylde groundsman Dan Bunce has once again been nominated for ‘Groundsman of the Year’ by the National League!

The Coasters have long boasted a terrific playing surface thanks to Dan’s hard work and he will now go up against the other finalists at St George’s Park in August for the top prize.

Dan had previously been nominated for the award three years running for his superb work at Kellamergh Park and has now made the final shortlist for a impressive fourth time after keeping up the high standard at Mill Farm.

Mark Pover, Head of Facilities and Investment at the FA, said in an official letter to Dan: “Your League has recognised your dedication and hard work and we would love to have you join us and your peers to celebrate your achievements. At the awards ceremony we will announce the winners of each category and celebrate the vital work groundsmen do every season.”

The ceremony takes place on Wednesday 16th August. Good luck to Dan from all at the club!