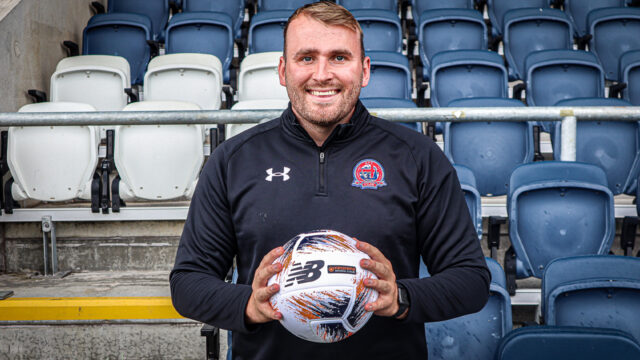 AFC Fylde is delighted to announce that Dan Crofts has been appointed as Head of Goalkeeping ahead of the 2022/23 National League North season.

Stepping up from his role as School Services Manager with the AFC Fylde Community Trust, where he spent two years, Dan becomes Head of Goalkeeping at the Club.

Alongside his role as School Services Manager, Dan spent just under a year and a half with Blackburn Rovers as an Academy Goalkeeping Coach, which covered under 9s through to under 23s.

His role as Head of Goalkeeping will see him lead Chris Neal throughout the course of the season and take care of the Club’s Academy goalkeepers.

On his appointment, Dan expressed his delight and said: “I’m absolutely delighted to be given the opportunity to work with all the goalkeepers at the Club.

“Even with the last few days, the lads, Nealo and staff have been top drawer, and I’m hopeful that we will have a successful season together.

“I’m really thankful to the gaffer (James Rowe) and Chairman (David Haythornthwaite) for the opportunity, and I’m looking forward to hopefully seeing some ‘keepers coming through our system to support the first-team and making appearances within that.”