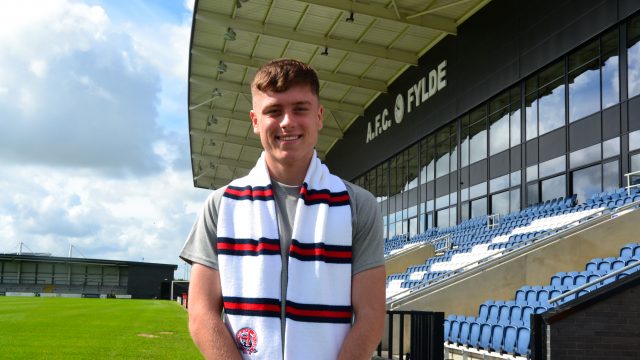 After impressing first-team manager Dave Challinor last season in training and FA Trophy appearances, Green has now been offered the chance to impress on a full-time basis.

“My aim is to be the first one there, last one to leave, always be positive, train hard, and hopefully get into the squad.”

“It’s really inspiring, and I knew Tugs on a personal level and he was always really positive and wanted to do the best – so to look where he’s got is unreal.”

AFC Fylde Academy Manager Chris Ganner has expressed his pride at Green signing his first professional contract with the Coasters.

“We’re all delighted to see Sheldon push on and sign for the first team,” said Chris.

“His journey is another example of how those coming to the AFC Fylde Academy have a clear pathway into senior football, and this is a great opportunity for him.” 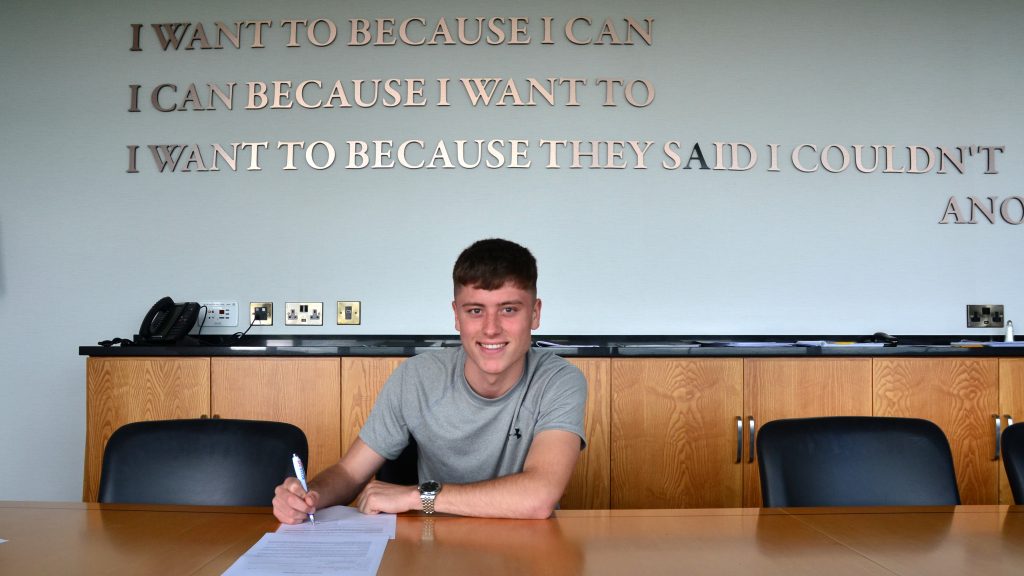 After making a few appearances on the bench in the Vanarama National League, Green eventually made his first-team debut in the FA Trophy, coming on as a second-half substitute against Biggleswade Town.

In the next round, Green made his most memorable contribution away at Ramsbottom, coming on as a late substitute to set up a late Andy Bond equaliser to make the tie 5-5.

“I’m still dreaming about those moments. It was surreal, to keep us in it, I couldn’t stop speaking about it on the way home,” said Sheldon.

Further appearances in the return leg, as well as the quarter-final against Barnet,  have continued to build important experience, as well as, of course, the FA Trophy final at Wembley, where he was part of the squad.

Early bird deals are only running for another two weeks, so to find out more, click here.