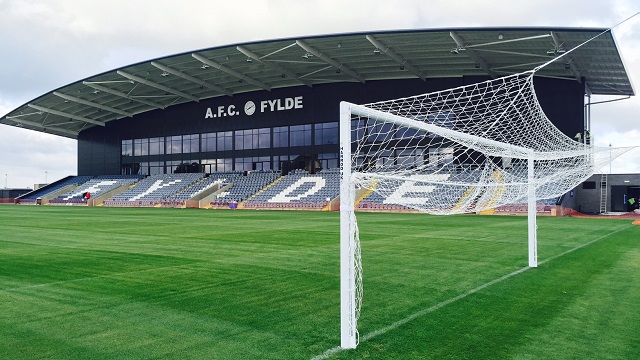 AFC Fylde have moved to strengthen their off field operational team with the appointment of a new Commercial Manager.

David Broadbent will officially commence his role with the Club on Monday 5th December and joins from Huddersfield Town Football Club, having previously worked at Oldham Athletic and Tranmere Rovers, where he held a similar role.

David will be contacting current Club partners and sponsors to introduce himself over the course of the next two weeks and can be contacted at david.broadbent@afcfylde.co.uk.

Commenting on the appointment Chief Executive, Neil Joy said, “David’s appointment is key to the further development of our Football Club. Since I arrived at AFC Fylde it has been my top priority to bring in a Commercial Manager and I’m delighted David has agreed to join us.”

We will be running an interview with David next week and finding out more about our new Commercial Manager and his plans.