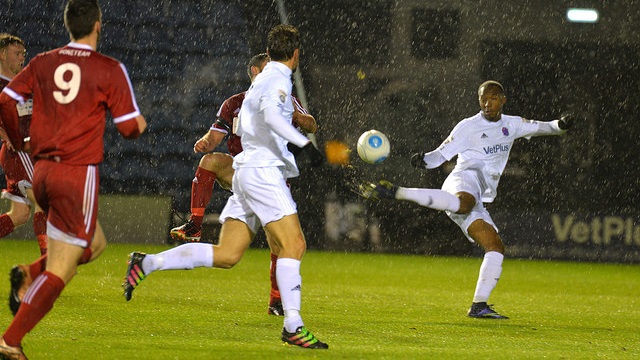 Colin pleased with run out

The Coasters eased to a 6-2 winners in awful weather conditions and Woodthorpe was pleased for the chance to get a few different faces a run out.

“It’s a useful competition to get people game time who maybe haven’t had that much and it’s a good chance to get some of our young lads involved in first team football.

“They can play against a North-West counties side so that they know what grown up football is all about. The weather made it a little bit difficult but overall it was a good run out.

“Some of the lads need to get minutes under their belt. It is a test for the likes of Matt Blinkhorn and Richie Baker. I’ve been in situations before where you’ve not been in the first team and you need to get games, so all we can ask them to do is go out, make good decisions, get through a game and help the young lads through it too.

“That’s because those younger guys are going to look up to you, so the way that they go about themselves on the pitch needs to be spot on. Attitude wise, it was good, but fair play actually to Darwen. They did well in the second half to come back into it.

“It was a difficult night because the weather makes the pitch 100mph with the rain and wind. Overall it was a good workout for everyone involved.”