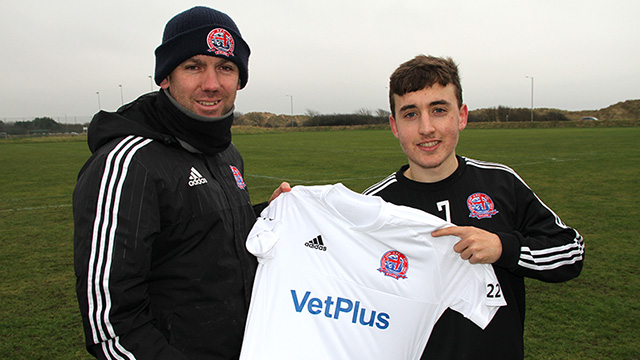 The 19-year-old joins the club on loan until the end of the season.

Holland signed for the Swans in March 2015 from Manchester City, where he was a teammate of Coasters star James Hardy.

Holland becomes the second young midfielder to join the club over the past few days following the arrival of USA youth international Kristian Scott and manager Dave Challinor was delighted to further bolster his ranks.

Challinor said: “Tom’s name came up and we were informed that he was available from Swansea. He already knows James from their time at Man City so there was a link there.

“He could have gone to a Football League club and played for their Under-23 side but he was keen to step up to the challenge of coming to play first team football.

“Critically, it’s another body in for us. As a player, he isn’t the biggest but he is technically very good and likes to get stuck in. If you asked him, he would ideally like to play a holding midfield role.

“He is in a similar mould to Caspar (Hughes) – very comfortable in possession, a good passer of the ball and will run about all day.

“He trained really well this morning and we are an easy group to fit in with so I think that will help with the transition. First impressions are very positive and we are looking forward to working with him.”