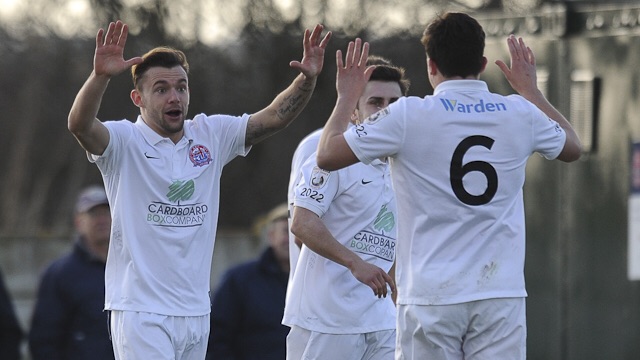 AFC Fylde continues to take shape for the coming campaign, with the club taking up options on eight members of last season’s squad.

Due to holidays, the manager will be speaking to the other out of contract players this week to give his thoughts and get their plans but hopes most to return for pre season. These include Luke Denson, Liam Tomsett, Michael Barnes and Richie Baker. Younger players, Cory Bent, Joey Mullen, Jake Gregory and Ryan Charnley will be involved during pre season, alongside some really promising 16/17 year olds that have stood out during the recruitment for the Academy programme alongside a new batch of youth team players.

The only players to officially be moving on at present are Joe Booth and Michael Potts who is joining Bradford Park Avenue.

Dom Collins is the only new signing so far from Southport, with the manager in talks with additional new targets. When any more signings are completed we will let you know first on the official club website.

SIGN up for an AFC Fylde season ticket for the 2015/2016 season now and get great savings with our Early Bird offers available until the end of May.

Click here to see our brochure which can be downloaded http://t.co/inkxb9LRaO