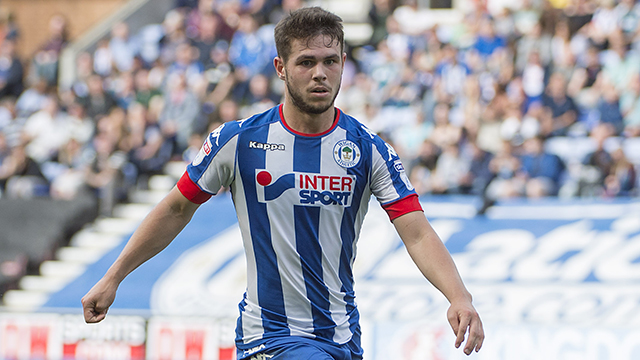 The 19-year-old will join up with Dave Challinor’s side until the end of January.

Burke joined the Latics at the age of 12 and has progressed through the age groups, captaining the Under 18s to the Fifth Round of the FA Youth Cup.

He was named the U18s Player of The Season before signing his first professional contract in July 2016, which was quickly extended until the summer of 2018.

The youngster made his first team debut at just 18 on the opening day of last season at Bristol City and kept his place for the next two Championship games before injury halted his progress.

Burke spent a month on loan with Barrow in the National League back in February and has started in all three cup games for Wigan so far this season against Blackpool and Aston Villa in the Carabao Cup and Blackpool again in the Checkatrade Trophy.

Burke will wear the No. 22 shirt and is available of selection for the trip to FC Halifax Town this weekend.