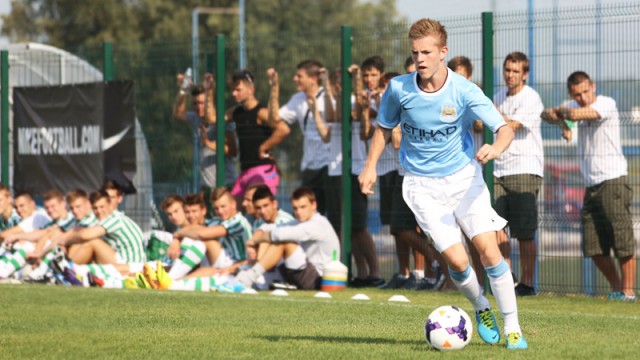 AFC Fylde have bolstered their attacking ranks with the addition of Manchester City youngster James Hardy.

The 19-year-old forward, who has spent the last three years with the Premier League giants, will go straight into the squad for the FA Cup Third Qualifying Round tie with Coleshill Town tomorrow (kick-off 3pm).

Manager Dave Challinor believes the Coasters have pulled off a real coup with the signing of the Stockport-born starlet.

“James has trained with us over the last few weeks and he has really impressed,” said Challinor. “He’s a young lad and he has had the best possible schooling during his three years at Manchester City.

“Technically James is excellent and he has been a breath of fresh air in training. He will join up with the squad for tomorrow’s game and we hope to get him involved more over the coming weeks to have a good look at him.

“He’s a really nice lad and has fitted in well, already earning the respect of the other players with his ability. He’s another exciting young prospect for us and we’re really looking forward to working with him. I’m sure everyone will give him a really warm welcome at the game tomorrow.”