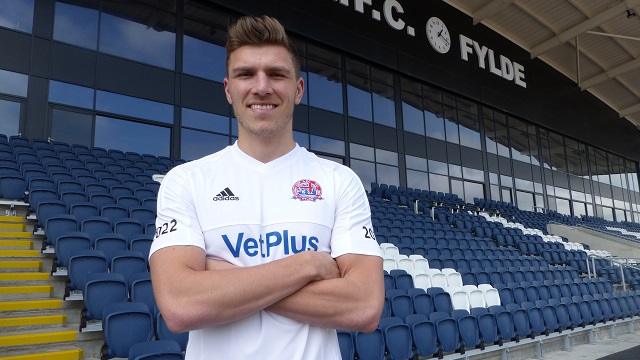 The 23-year-old joins the newly-promoted Coasters from Kidderminster Harriers on a two-year deal.

A product of the West Bromwich Albion Academy, Tunnicliffe spent time with Barnsley before making the move to the Aggborough Stadium in December 2014.

Tunnicliffe was named as the Harriers’ Player’s Player of the Season for 2016/17, a prestigious award selected by his peers, and was further rewarded for his fine form this term with a call up to the England C squad this weekend.

The defender becomes the first signing of the summer for Dave Challinor’s side ahead of their first foray into the National League.

Click here for more info on sponsoring your favourite player.