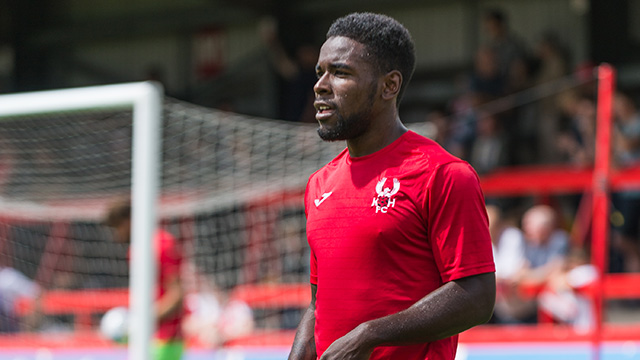 AFC Fylde have pulled off another major transfer coup after reaching an agreement to sign Kidderminster Harriers left-back Zaine Francis-Angol.

The 23-year-old will officially join the club on July 1st on a two year deal with the option of a further year.

Full-back Francis-Angol was named in the National League North Team of the Year last season, alongside Coasters stars Danny Rowe and Dan Bradley, after an impressive campaign with Kidderminster.

He is currently one of a select group taking part in the V9 Academy, the brainchild of England striker Jamie Vardy that aims to discover the best of non-league talent.

The Londoner rose through the youth ranks at Tottenham Hotspur before making the move to Scottish Premiership side Motherwell in 2011.

Following a fantastic season with their Under-19s, the then-teenager made his first team debut as a substitute against Greek giants Panathinaikos in the Champions League in August 2012.

After four years north of the border, Francis-Angol joined Kidderminster in October 2015 during their time in the National League, scoring on his first start for the club.

He made 38 appearances for the Worcestershire outfit last season as they finished runners up to the Coasters in the National League North.

The defender has also been a regular at international level, with 18 caps for Caribbean side Antigua and Barbuda, for whom he qualifies through his mother.