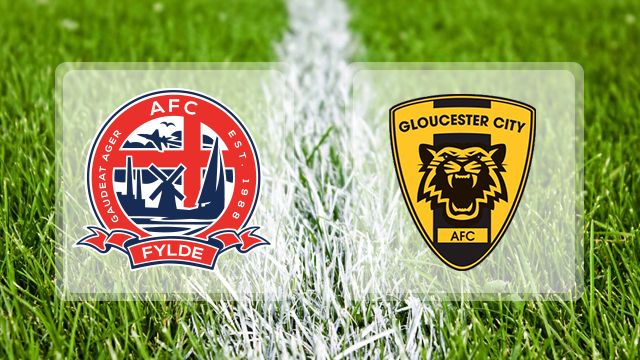 Coasters aim for eye of the Tigers

For The Tigers it’s been a mixed start to the season after seven games, with three wins and three defeats. They’ve gained ten points, but have only scored five goals so far which will be a concern for them. They sit eleventh in the league table, five places behind Fylde.

However, the signs of improvement are encouraging for Gloucester after they won their two previous games on Bank Holiday Weekend. First off, they beat Telford 1-0 at home courtesy of an Anoruo strike, before a Bowen goal saw The Tigers snatch all three points away at Nuneaton Town two days later.

They have already had a bad run this season, losing to Corby, Stalybridge and Boston in the space of ten days in August but two recent wins will have them full of confidence.

This fixture last season saw The Coasters come away with all three points from Whaddon Road in September 2014. Gloucester travelled to Kellamergh Park on the final day of last season where Fylde ran out 6-4 winners in a thrilling end-to-end game which saw Danny Rowe bag a hat-trick and Danny Lloyd grab a brace.

Josh Langley has missed the last few games due to an ankle injury and is likely to be out for several weeks. Langley was a key fixture in the side throughout the whole of last season and is a key absentee from The Coasters squad.

Summer signing Matty Hughes should be in the match-day squad after recovering from injury and playing the final seven minutes of the Stockport County game. Recent signings Jason St. Juste and Ben Holmes could be in line for starting places, while Dom Collins should keep his place in the side alongside Tom Hannigan in defence. Richie Baker has scored in the previous two games and will be hopeful of keeping his place in the side. Added to the squad travelling to Gloucester is youngster Liam Gibson who has been training with the club but playing games in the Evo-Stik Northern Premier League to aid his development. Gibson is signed on a dual-registration basis.

The Tigers have experienced defender Billy Jones in their squad. Jones played over 300 times in the Football League for the likes of Crewe, Exeter and Leyton Orient. James Bowen, who scored the winner in their most recent game, is on loan from Cheltenham Town while Obi Anoruo joined in the summer from Colwyn Bay and is banging in the goals.

Admission to this game is:

The Address for Gloucester City FC is: 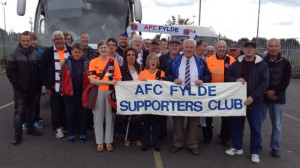 There is still time to jump on the away travel coach to support AFC Fylde this weekend away at Gloucester City!

We are now offering pick-ups at every game from Lytham, Warton and Kirkham.

The coach leaves at 9.30am on Saturday picking up at the following venues:

Please note you do need to have a reservation before travelling.

Our away travel co-ordinator Ian French is only too happy to discuss your booking and make a reservation so give him a call on 07809 442377.