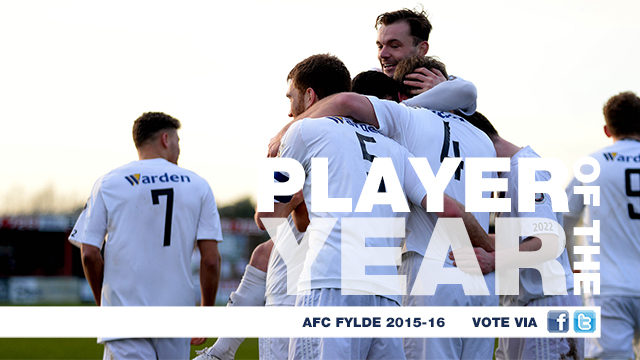 Player of the Year!

It’s that time of the season again … there have been some outstanding individual performances this season, but who has been your Player of the Year for 2015-16?

Frontman Danny Rowe has taken the headlines with a phenomenal 34 goals in all competitions so far and the 27-year-old is currently leading scorer in the National League North with 22 strikes to his name.

However, he isn’t the only one that has shone for the Coasters this term.

Young winger Dion Charles has attracted attention from the Football League with a string of promising displays and his 16 goals from midfield cannot be overlooked.

Sam Finley and Richie Baker have been the engine in the middle of the park for much of the campaign and have chipped in with 14 goals between them, whilst Tom Hannigan and Josh Langley have been back to their best at the back.

There are certainly plenty of contenders for this year’s award, but the winner is all down to you!

Voting closes on Monday 2nd May and the winner will be announced at the home play-off game (date to be confirmed).