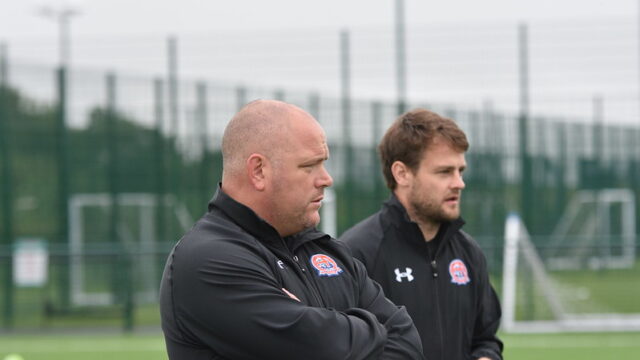 AFC Fylde can confirm that Jim Bentley has now entered a self-isolation period in preparation for his heart surgery on Tuesday 1st December.

The manager’s operation was originally scheduled for Tuesday 3rd November but was pushed back.

Speaking to afcfylde.co.uk this morning, he said:

“I have full trust in Nick and the rest of the staff while I am away.

“Although I won’t physically be in the building, I will always be at the end of the phone and watching the games during my recovery via the stream; I’ll still be speaking to the players on the phone and dropping them texts here and there to check in on performances and training etc.

“The main priority for me at the moment is that I focus on the operation and recovery that lies ahead; once I sort my situation out, hopefully, I will be back fitter than ever.”

Everybody associated with the football club would like to wish Jim all the best with his operation and a speedy recovery.