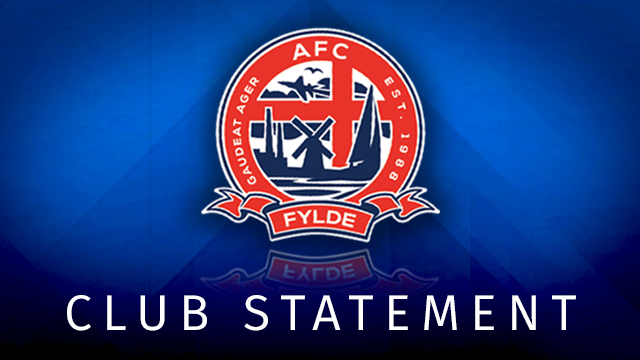 The club regret to announce that Dion Charles has today signed for our rivals Fleetwood Town.

Commenting on the situation, Chairman David Haythornthwaite said: “This has been an extremely unfortunate incident which has left all associated with the football club with a very nasty taste in our mouths.

“The situation is one I feel not only our own supporters but the footballing world in general should be made aware of. It is a sad but true reflection of the world of football that most fans never hear about.

“Dion signed a new contract extension with the club in September 2015. This deal tied him to the Coasters for two years with the option of a further year should the club wish to exercise it. At this time Dion’s wages were more than tripled and he was a very happy man as the attached press release from the time indicated.

“Unfortunately, when the new contract was sent to the FA, for some reason they didn’t received it, but this did not come to light until the end of last season.

“At this point his agent made some ‘enquiries’ to the FA and they confirmed that Dion was not officially registered with them and therefore in their eyes was a ‘free agent’.

“We appealed to the FA and provided them with all the evidence but they were not prepared to help. The only option therefore open to us was to pursue legal action and we employed the services of a legal team specialising in football matters.

“In the meantime, Dion’s agent was offering him to all and sundry including Nottingham Forest who rang us to find out what was happening as they sensed something wasn’t right. When we explained the situation they immediately respected our position and backed off.

“However, in the last 48 hours we have learnt that Fleetwood have now signed him.

“I have made my feelings known in no uncertain terms to their Chief Executive Steve Curwood and their Chairman Andy Pilley.

“This episode unfortunately shows the really bad side of football and some people’s total lack of ethics. The fact that no one from Fleetwood has even had the decency to call us sums it up – it is dog eat dog and nothing else.

“We have and will always try to run this football club properly and despite incidents like this we will continue to do so. There is no doubt that we were at fault for not checking that the FA had received the contract in the first place, but mistakes do happen and if you know our Secretary Martin Benson you would know he is distraught. That however does not excuse the actions of those involved.

“The matter will now go to arbitration.”