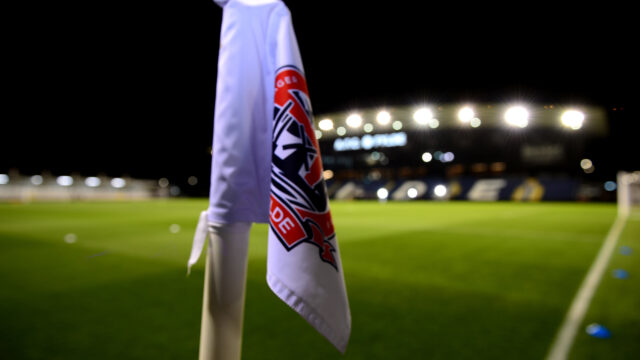 AFC Fylde can now confirm its position regarding the way in which the 2019/20 season was curtailed, as well as its intentions going forward ahead of the 2020/21 campaign.

Working towards the footballing interests and integrity of the pyramid, AFC Fylde can confirm it chose not to contest the decision of the Vanarama National League and will accept that the club is to be relegated to the National League North, should play-offs complete. This decision today has been ratified by the FA Council with the following statement provided by the National League:

“The FA Council has ratified both the National League’s proposal on concluding the 2019/20 season at Steps 1 and 2 of the National League System [NLS] and the required amendments to the NLS Regulations and Standardised Rules for it to become effective.

“The ratification follows a recommendation from The FA’s Alliance Leagues Committee and allows the National League to: rank clubs on a points per game basis; apply the automatic promotion and relegation based on the position of clubs on that basis; and proceed with play-off matches in accordance with the Government’s Return to Domestic Competition guidance.”

Whilst the club remains disappointed on a number of areas, such as the miscommunication provided by the National League at already uncertain times, we wholeheartedly accept as a club that overall it has been a disappointing campaign at Mill Farm and we wish to move forward now and plan ahead for a successful 2020/2021 league season.

We as a club do firmly believe that had the season played out and we had completed our games in hand over close competitors, we would have avoided relegation and our recent form before the lockdown commenced did look this way. However, this is nothing more than our opinion and we accept that over the course of the 37 games we have not had the season we desired, which will ultimately result in relegation on a points-per-game basis, should play-offs complete.

The club can confirm it did explore the potential of legal action in tandem with Ebbsfleet United. The reason we are not pursuing any legal action is because it would adversely affect the continuation of the game we love. Teams are looking to be promoted, so with that comes relegation and we reluctantly accept our fate on this. If we were to challenge this decision, football as we know it within our respected divisions could be delayed pending a decision being made, which we as a club and a footballing community would not want to see happen.

We wish the very best of luck to all teams involved in the play-offs over the coming weeks. Many hours of hard work have taken place at a number of clubs from talented and passionate individuals to ensure football will return. We hope you stay safe and make it an occasion to remember.

AFC Fylde now looks forward to building both on and off the field ahead of a new campaign, as we aim to secure promotion at the first attempt back to the National League in order for the club to achieve its ultimate goal of reaching the English Football League.

We are excited to begin the process of welcoming all supporters back to Mill Farm as soon as possible.