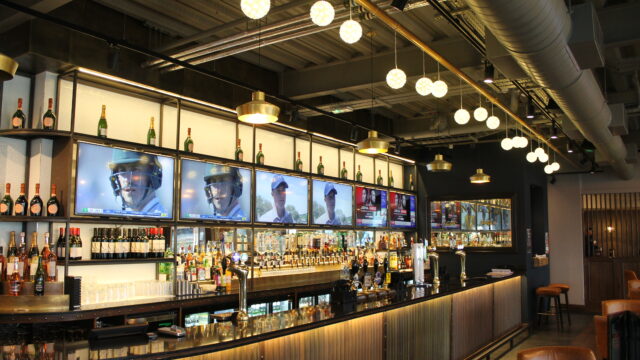 Various English teams are in action tonight in the Europa League, and you can enjoy all the action whilst enjoying a few drinks at Bradleys Sports Bar.

Bradleys has three independent viewing zones to watch games in, so you can take your pick on the fixture you would like to watch, with Tottenham Hotspur, West Ham United & Leicester City all in action.

Tottenham and West Ham United both find themselves away from home where a win for both sides will see them qualify for the knockout stages of their respective competitions, as Spurs currently compete in the Europa Conference League.

Leicester City face Legia Warszawa at the King Power Stadium in a game they must win to have any hopes of qualification. Just two points separate bottom to top, with Brendan Rogers’ side sitting bottom, so a win tonight will rocket them to the top of the group due to Spartak Moscow coming out on top against Napoli on Wednesday evening.