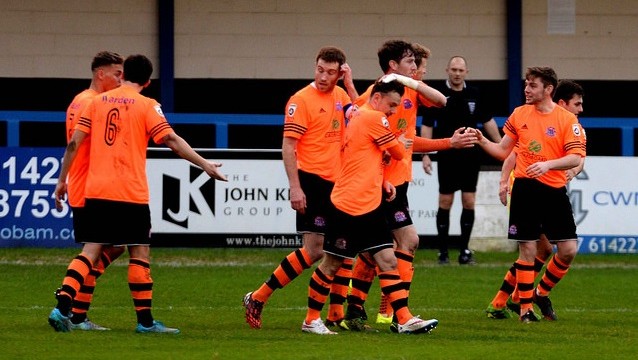 The Coasters’ 2-0 victory at Gainsborough Trinity yesterday was Challinor’s 150th at the club and he was delighted with his side’s display.

“This is a difficult place to come and they have a decent home record, but we put in a very good performance.

“We could have probably been further ahead and the second goal relatively early in the second half made it quite comfortable for us. It was then just a case of seeing the game out.”

“I don’t remember Ben (Hinchliffe) having any real saves to make during the 90 minutes so we were efficient at both ends of the pitch.

“I’m personally delighted to reach 150 wins at the club. Colin (Woodthorpe) asked me how many games it has taken us and I think it’s less than 250 so that’s very pleasing and something we are proud of. Those victories have lifted us up through the leagues during the four years that Colin and I have been here.

“I want to keep increasing that number and we are going  to have to win a lot of games between now and the end of the season if we are to achieve our goal. Results went for us this weekend and it’s very tight at the top of the league following Solihull’s defeat so now we need to kick on and continue to close that gap.”