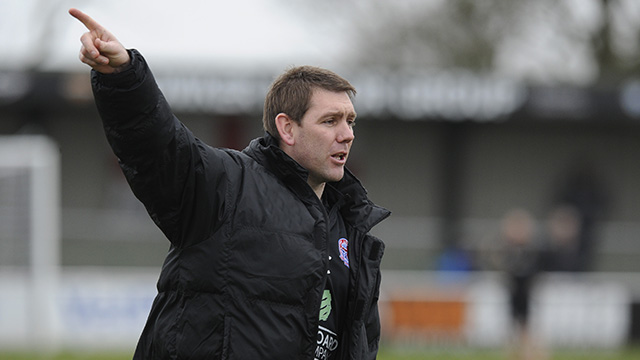 The Coasters take on Brackley Town tomorrow at Kellamergh Park and Challinor is looking forward to a run of league games following disappointment in the FA Cup and the Lancashire FA Trophy.

“The performance last Saturday at Millwall was fantastic and we took away a lot of plaudits from game.

“However, Tuesday night against Ashton Athletic was disappointing, not in the fact that we lost the game so much as the performance levels.

“We wanted them to go out there and put pressure on the lads in the first team and make selection for this weekend difficult. Unfortunately they didn’t do that.

“League games are massively important to us and we want to get back to winning ways. We have three tough games now before the FA Trophy starts so we need to keep the pressure on our opponents.

“We have been in very good form in the league and most importantly we have been picking up points.

“Brackley are a completely different outfit to last season – new manager, new personnel – so last year’s results have no bearing on tomorrow’s game.

“They did very well to come from two goals down in their FA Cup game last weekend and earn a replay so we are not expecting an easy ride.”