CHALLY | We need to exploit chances at Hartlepool

After picking up seven points in a week, the Coasters now face another three fixtures in quick succession – starting at Hartlepool United tomorrow evening.

A much needed win came on Saturday at Maidenhead for Pools, who had lost their opening two Vanarama National League games to Sutton and early pacesetters Halifax Town.

“They won’t have been happy with how they started, but in the games I’ve seen they’ve had control without being too creative, and their win at Maidenhead was similar,” said Challinor.

“Once they scored, the game became stretched and they became dangerous on the break, so we’ll certainly need to exploit the chances that arise if that’s the case.”

One figure lining up for Pools that will be familiar to Coasters fans is forward Gime Toure, who made the switch to Victoria Park following his short time at Sutton United. 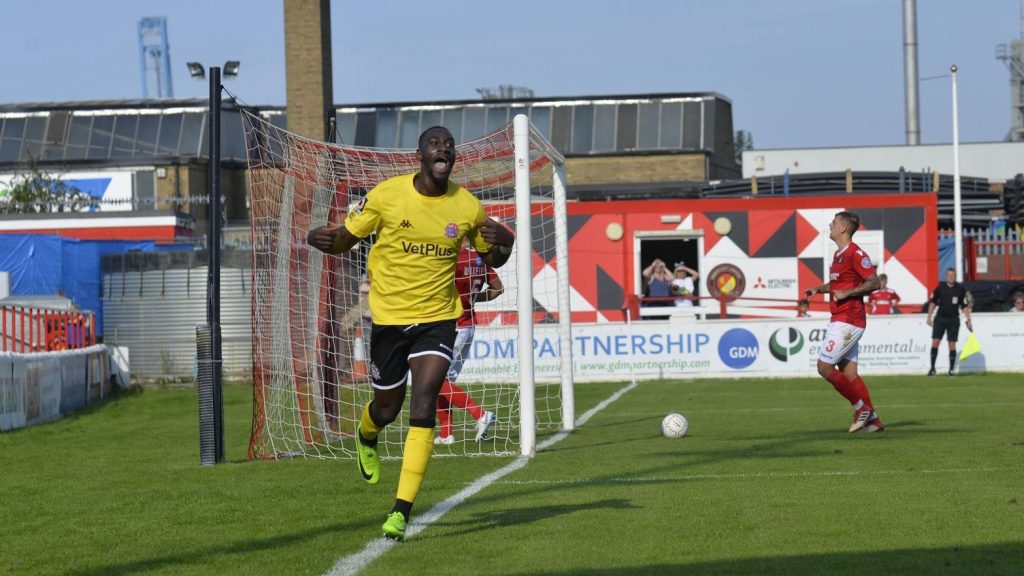 Rather than focus on Toure however, Challinor was more keen to focus upon the Hartlepool attackers as a unit.

“Hignett mixes it around – for example they played a diamond against Halifax and he [Toure] didn’t play, whereas Luke James missed the trip to Maidenhead, so he may come back in tomorrow.”

“Ultimately, they all have good pace to threaten in behind, but I think we’re equipped to deal with that, and hopefully what we can do has them worried.”

Captain Lewis Montrose is yet to feature this campaign for the Coasters following a lengthy injury layoff, but Challinor’s outlook on Montrose’s return was positive.

“It’s a possibility he could be involved tomorrow,” Challinor said. “The massive positive is that he’s feeling no issues with his foot, but he is a little bit behind in terms of fitness, which is what you’d expect.

“We got 60 minutes out of him last week in an Academy game, so hopefully we can get him into another one, and that we can then get him back for the right reasons, and not rush things.”

The Coasters travel to Hartlepool United tomorrow, kicking off at 7.45pm. Ticketing information for the clash can be found here.