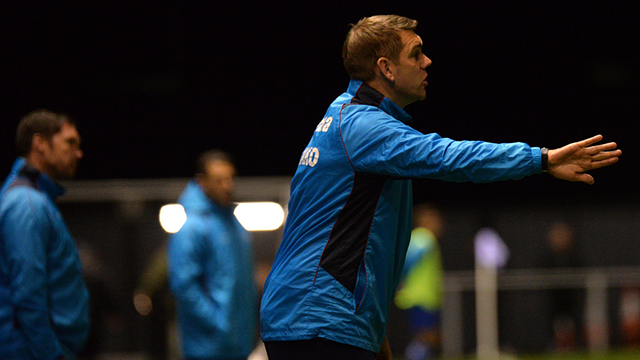 The Coasters sealed a fantastic win over Leyton Orient at the weekend and despite missing the chance to secure back-to-back wins last night, Challinor was content with the return.

“I was a little disappointed in the second half that we didn’t show that desire to go out there and snatch it.

“Having said that, I would have absolutely taken four points from the last two games. We haven’t had many clean sheets this season so that’s a big positive but it’s also the first game that we haven’t scored in, which is something else we aren’t used to.

“We had to change the system because of the suspensions and we wanted to get James (Hardy) and Jonny (Smith) on the ball in pockets behind their backline but we didn’t do that as much as I would have liked.

“We will obviously miss players when we have such a small squad, particularly when they are two experienced players that were absent. To get a clean sheet without them is great. But as someone who demands a lot of his players then I would have liked to sneak a goal along with that clean sheet.

“We will take it though because we have played better this season and lost. We have another tough trip to Sutton at the weekend so to go into that on the back of four points is positive.”